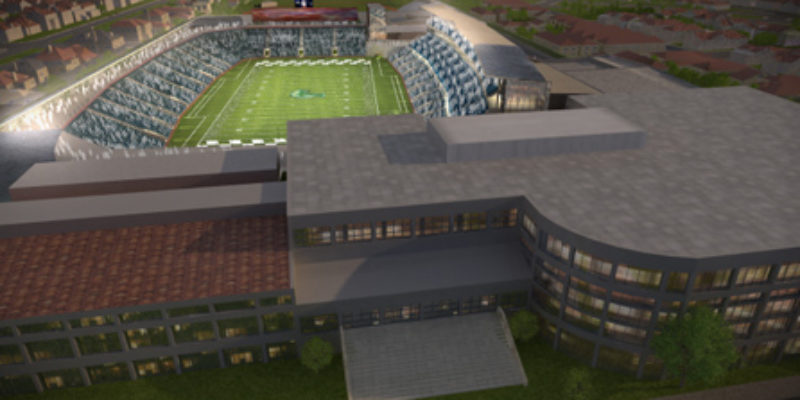 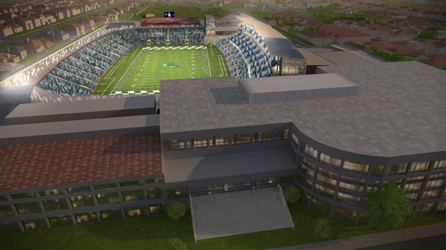 No, it’s not a mirage, and while hard to believe, it’s true – Uncle Gus is asking you to support the Green Wave for reasons that are astounding, but I’ll get to that in a minute.

The back story is that Tulane wants to build an on-campus football stadium. And what self respecting college football program wouldn’t want to do the same thing? Not a hulking 80,000 seat behemoth that towered over Willow Street like its Sugar Bowl Stadium predecessor. This one is a compact stadium that will seat a maximum of 30,000 people on six to eight Saturdays a year. An on-campus stadium that will bring more than $30 million in construction-related economic development that will allow Tulane students, fans, visitors and recruits to experience real tailgating with New Orleans’ food, music and South Louisiana’s football culture just steps away from their residence halls and new stadium.

Even as a die-hard LSU fan, I can appreciate the history of Tulane Football and know firsthand the mystique of a Saturday evening with your family at a college football game, so what could be wrong with any of this? Why wouldn’t everyone be on board with helping Tulane take steps to return their football program to a level of glory that’s long been missing? Heck, they don’t even need any sort of a variance from the City’s zoning board…

Not so, says Susan Guidry as she treads liberally across the constitution.

Guidry, a New Orleans City Councilwoman has sided with a group of 20 or so neighbors who don’t want the stadium, even if it’s completely legal for them to build it.

So, Tulane doesn’t need a permit? Well, we’ll see about that!

On Thursday May 3rd, Guidry plans to put forth an ordnance to create an Interim Zoning District (IZD) that would effectively halt construction programs for New Orleans universities and guarantee that any project wholly within these University boundaries that would otherwise be granted a permit will have to face months of scrutiny and Council review. Guidry wants to extort a compromise for the 20 or so NIMBY zealots who are against virtually anything that Tulane wants to do on their own private property.

It’s no surprise that the Presidents of Loyola, Xavier and Tulane are crying foul and banding together to oppose this crippling blow to these institutions’ liberty and private property rights. Tulane and its fellow institutions are vehemently opposed to this IZD because it discriminates against universities and tries to enact into law a draft set of ordinances that have yet to be approved.<

I am asking all of the Hayride’s liberty-loving readers, particularly those who live in Orleans Parish, to join us in opposing this motion in a time when the $30M this project will represent can go a long way to keep many New Orleans area construction workers afloat.

Please join us in supporting this effort by attending the May 3rd meeting at 10:00 AM in Council Chambers on Loyola Ave & Perdido St. and let the New Orleans City Council know that private property rights are not subject to their Interim Zoning whims.