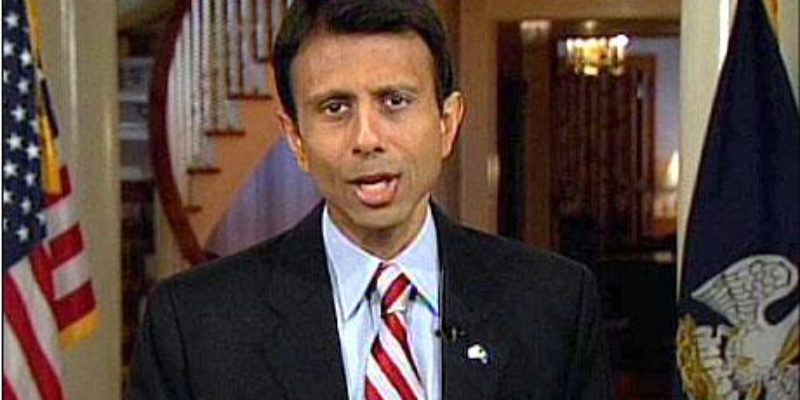 Okay, so you are a Democrat drone that has been bused to a conference and given a few bucks to take to the streets and protest a Republican. It’s an honest days work, sort of, and beats the heck out of having to go out and get a real job. Your employers have even given you a sign to carry, so you won’t forget who you are hatin’ on—in this case, some guy named Karl Rove.

You might have heard the name before—or maybe not— and you’ve been told that he is a Republican, so he has to be evil and worthy of your ire. Everything is going well, until some bloggers show up, put a camera in your face and ask you to explain who Rove is and why you are protesting him.

Nobody at the conference ever told you that might happen. The Blaze shot the video:

How embarrassing. This something that should never happen. Democrat protesters shouldn’t be put in a situation where they are asked to hate a Republican they don’t even know. That’s shallow. They should take the time to learn a little bit about the Republican—so they can really hate him.

This is a blog that always strives to help, so here is a short primer on five Republicans who Democrats should familiarize themselves to avoid a future demonstration faux pas. It’s assumed that you already know who people like Mitt Romney and arch villains like—say, Dick Cheney are. If not, just stay home and wait for your government check to come in the mail: 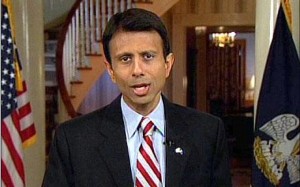 This is a Louisiana blog, so we might as well start with our Republican governor, Bobby Jindal. If you are a Democrat in this state, you are probably familiar with Jindal on some level and might even have been involved in demonstrations against him over his school or pension reforms. You might even be part of the ongoing recall effort against him.

If you aren’t from Louisiana—we are the boot-shaped state  where George Bush blew up the levees during Hurricane Katrina whose pristine coastline was destroyed by Big Oil—you might need a little more info on Jindal. There is talk that he could be picked as Romney’s running mate, but we in Louisiana aren’t really buying that. Whether he is or not, it’s almost certain that he has national ambitions and you need to have at least a cursory understanding of him.

Here are a few key-points to avoid embarrassment: Jindal is the Republican governor of Louisiana—a red state–and he isn’t white, so he is obviously a traitor on some level. While he is the first Indian-American governor, he’s not Cherokee. I had to put that in, because I actually had someone tell me once that he was. Native American war-whoops at a Jindal protest would prove to be a bad thing—just trust us on this. At any rate, he’s not a member of any tribe that Elizabeth Warren belongs to. 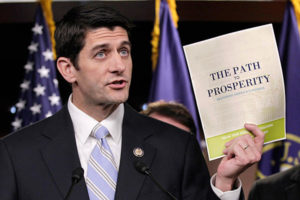 He is a Republican from Wisconsin—that should be enough to get your blood to boiling—who is a rising star in the party who is also considered vice presidential material.

This congressman first started to make a name for himself as an outspoken critic of the president’s healthcare overhaul and has kept himself in the news over the last year or so by beating the drum of fiscal responsibility as a member of the House Budget Committee.

He’s young, ambitious and a tea party favorite and will most likely be around for years to come, affording you plenty of protest opportunities. His hobbies include trying to figure out ways to save Medicare and dumping old women in wheelchairs off cliffs. 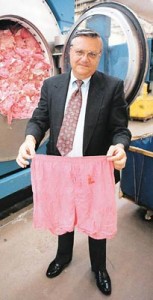 Arpaio is the sheriff from Arizona who is known for dressing inmates in pink underwear  and taking a hard stance against illegal immigrants.

He is often called, “America’s Toughest Sheriff,” and is back in the news in recent days for trying to find ways around President Obama’s refusal to enforce immigration laws. Since Arpaio wants to enforce laws that unfairly targets Latinos—you don’t see him detaining any Canadians in his Arizona jail—he’s obviously a racist. Protesters might want to make a note here that anybody white enforcing immigration law or voter ID laws is a racists and all non-white Republicans are race-traitors. A good rule of thumb to remember is any conservative can be portrayed as a racist if he is white and a race traitor is he isn’t. If the conservative is black, the phrase “Uncle Tom” is one Democrat protesters should familiarize themselves with, if they haven’t already.

Arpaio deserves additional scorn for investigating the authenticity of the president’s birth certificate—a common practice of a particular class of racists know as “birthers.”

Conspiratorial cracks like Arpaio are so hate filled that they probably had something to do with Bush blowing up the levees to drown black people and collapsing the World Trade Center to create a new racial enemy. 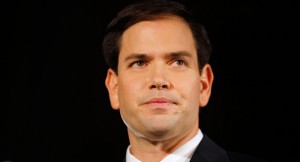 Rubio is another young, non-white Republican (race-traitor)  making a name for himself on the national stage.

He’s a U.S. Senator from Florida—a state that Obama really needs to win if he is be given a second term—and a Latino one, to boot. There’s a lot of talk going around that he he just might end up on the bottom of the Romney ticket, which would spell doom for the president’s re-election effort. Regardless, he is someone who will most likely end up president one day. This is a face you should really get to know and hate. 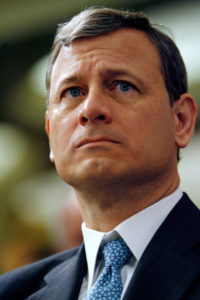 As things stand, this is the guy who supposedly holds the fate of the presidents healthcare reform in his hands. If the law is struck down by the Supreme Court—something that could happen as early as tomorrow—he will be the one to protest as a right-wing hack, shilling for the Republicans.

You can also throw in that he is a racist. He’s a white Republican and that’s a given, remember?

Be sure to watch the news tomorrow, because things could go the other way and Obamacare could be saved by a vote from Roberts.

If not, don’t start a recall petition to get him removed from office.

It doesn’t work that way with the Supreme Court and the Karl Rove thing was enough embarrassment for one week, don’t you think?