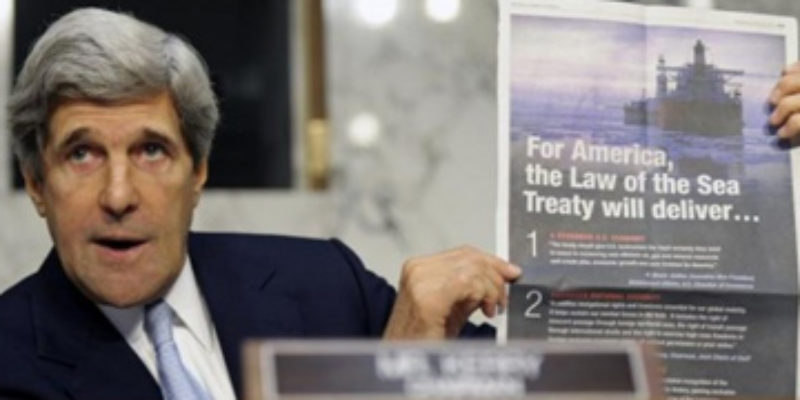 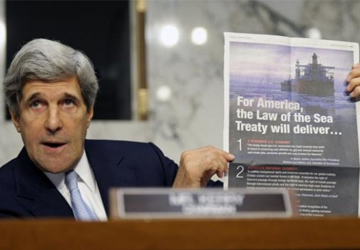 Sen. Jim Demint just put this out a little while ago…

4 additional senators have joined in opposition to LOST, including Mike Johanns (R-NE), Kelly Ayotte (R-NH), Rob Portman (R-OH) and Johnny Isakson (R-GA). With 34 senators against the misguided treaty, LOST will not be ratified by the Senate this year.

Strong opposition is rising in the U.S. Senate to the U.N.’s Law of the Sea Treaty (LOST) that would subjugate American sovereignty to the whims of an international tribunal. To date, 30 Republican senators have signed onto a letter opposing LOST. It takes 67 votes to approve treaties in the Senate, so only 34 votes are needed to ensure defeat of this misguided treaty.

Why is LOST so harmful?

It also appears the Obama administration won’t have the votes to pass the UN Small Arms treaty Chris Holton posted about here at The Hayride last week.

These would be examples of the Senate not being able to pass anything – and that’s a good thing. A great thing, in fact. You don’t want things to get passed in a Senate run by Harry Reid.

One thing which is incredibly sad, though, is that the American Petroleum Institute, made up of oil companies who would have to pay royalties to the UN, or whatever international agency LOST sets up, instead of the local government from whom they’d be basing their operations when drilling offshore, was not opposed to LOST and in fact, favored it. Why? Because the oil companies figured it would be more stable to deal with a bunch of UN diploweenies and OPEC slimeballs who’d be at the other side of the table than American politicians.

Interested in more national news? We've got you covered! See More National News
Previous Article Bill By Vitter And Sessions Would Fix Obama’s Five-Year Offshore Lease Plan
Next Article A Picture Is Worth 1,000 Words And Billions Of Barrels Of Oil And Thousands Of Jobs