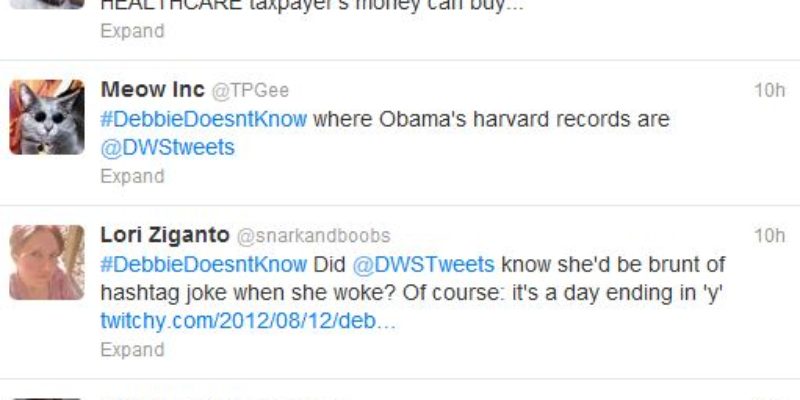 She’s not this stupid. She’s stupid, but she’s not stupid enough not to know that Bill Burton’s Super PAC is associated with Obama’s campaign and that it’s a Democrat Super PAC. Because Bill Maher gives a million dollars to Republican Super PACs, right?

She just thinks YOU’RE stupid enough not to know that.

Which is what makes political hacks like Wasserman Schultz and Reid and Pelosi so aggravatin’. They really do believe the American people are that stupid. And after years of dumb shit like this they’re still around, which means that at least on their side of the aisle, they must be right. 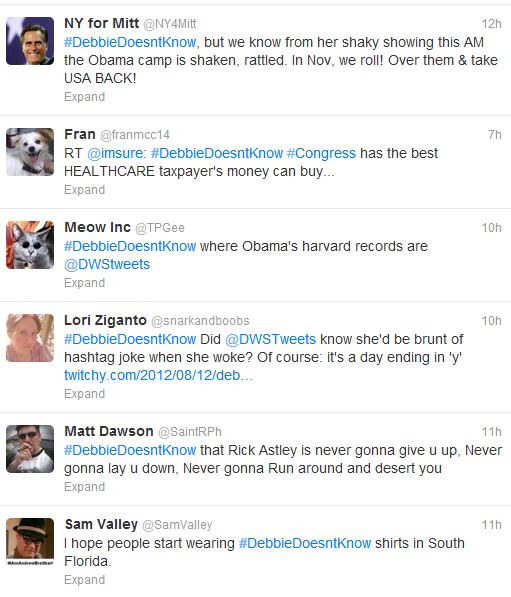 Interested in more national news? We've got you covered! See More National News
Previous Article VIDEO: In Wisconsin, Romney Schools Heckler, Then Tells Obama ‘Get Your Campaign Out Of The Gutter’
Next Article Beware What You’ll Get From The Government