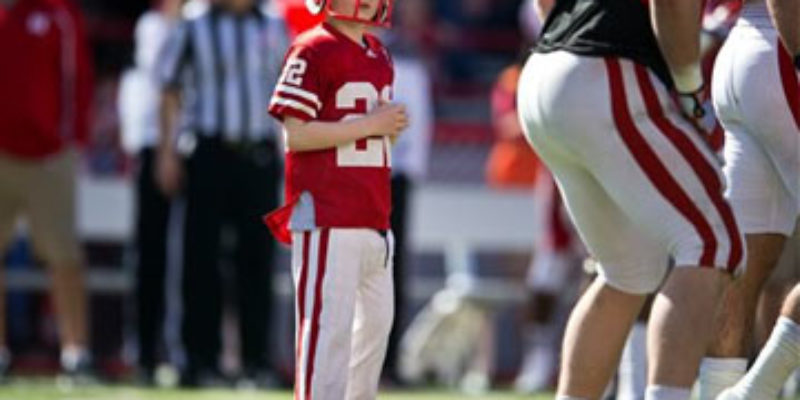 Jack Hoffman is a seven year-old brain cancer patient who’s been adopted by the University of Nebraska football team since 2011. And this weekend, Nebraska had its spring game, which gave the team an opportunity to do something nice for their adopted pal.

Specifically, he got to score on the last play of the game from 69 yards out.

If you don’t get goose bumps from this one, you’re dead inside…