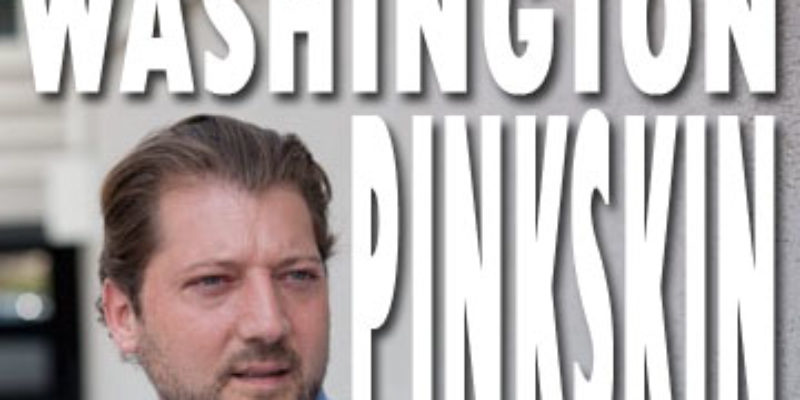 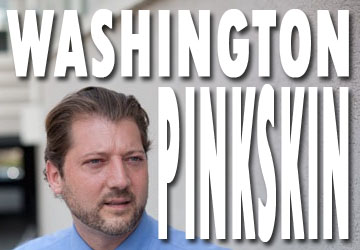 Washington At-Large Councilman David Grosso is advancing a measure before the city council calling for the NFL’s Washington Redskins (which do not play in Washington, DC) to change their team name, which he considers racist.

And if you’re buying what Grosso is peddling, you might very well be of the opinion that the New England Patriots is crass jingoism and the New Orleans Saints represent overt Catholic proselytizing.

The Washington Redskins, of which I am not a fan (Who Dat!), is a sports organization steeped in tradition and success, including three Super Bowl victories with the 1987 championship being the first won by a team quarterbacked by an African-American (Louisiana native Doug Williams).

Founded in Boston in 1932, the Redskins played a few seasons at Fenway Park before moving south to the nation’s capital. The team logo features the handsome profile of a figure representing a Native American, a strong image that is in no way disrespectful or degrading.

Is the Redskins name any more offensive than Notre Dame’s Fighting Irish?

An argument could be made the latter is a far more derogatory reference, in name and imagery.

Now think about it. Sons of Eire are portrayed as ornery leprechaun-caricatures.

But such an analogy is deemed non-applicable for reasons that only make sense in the mind of those who have sipped the Kool-Aid from the chalice of political correctness.
A case could be made that sports teams are honoring the country’s Native American heritage through their chosen nicknames.

Would Native Americans be better off through the bowdlerization of all popular culture references to America’s first inhabitants? Absolutely not.

Let us consider the source.

Grasso is himself quite the mascot of beltway leftists. A native of the capital, Grosso’s city government bio boasts his involvement with the ACLU, the Sierra Club, the Huffington Post and the pro-abortion groups NARAL and Planned Parenthood. The councilman serves on the board of the latter.

As if to further establish his cred as an advocate for the leftist agenda, Grosso touts political endorsements he received as a council candidate from the National Organization for Women, a curious self-aggrandizing, partisan reference on a government website.

Grosso is not your run of the mill ward healer, as this “progressive ideologue” has been involved in social justice endeavors in Latin America and worked as a legislative assistant in city government and on Capitol Hill.

Grosso knew he was stirring a media hornets’ nest when he went forward with his non-binding legislative gesture, as it has sports fans around the country talking. Call it a win-win for the Grosso as he gets the euphoria of making the news without having actually done anything constructive for his constituents.

Washington city government has previously adopted a similar empty resolution without any effect.

If the grandstanding Grasso and his backup chorus of politically correct councilmen..PERSONS wish to block a revenue-generating sports operation from returning to their turf, they’ll likely hear no argument from the state of Maryland, the location of FedEx Field, the Redskins’ stadium.

An overwhelming majority of Americans (79%) in an AP poll support the team keeping its moniker while only 11% believe the name should be changed. In a nation that is politically and culturally fractured, that’s a strong endorsement of the Redskins brand a rejection of this latest foray by the forces of political correctness.

Politicians like Grosso look at politics as a game where the people are aggrieved census blocs to be manipulated and organized into reliable voting constituencies bound by resentment towards some other group.

Grosso’s crusade will accomplish nothing for Native Americans though it has raised his profile within the statist echo chamber, so the councilman will be able to spike the football even if his name change crusade collapses many yards short of the end zone.

In addition to assuming the role of societal censor, Grosso represents the arrogance of typical statist politician, telling a billion-dollar private enterprise what HE thinks the team’s management should do, the essence of “you didn’t build that.”

Redskins superstar quarterback Robert Griffin, III tweeted his displeasure with the councilman’s suggestion, sharing with his almost 900,000 followers that “In a land of freedom we are held hostage by the tyranny of political correctness.”

Finally, a Redskins quarterback worth sending to Congress.