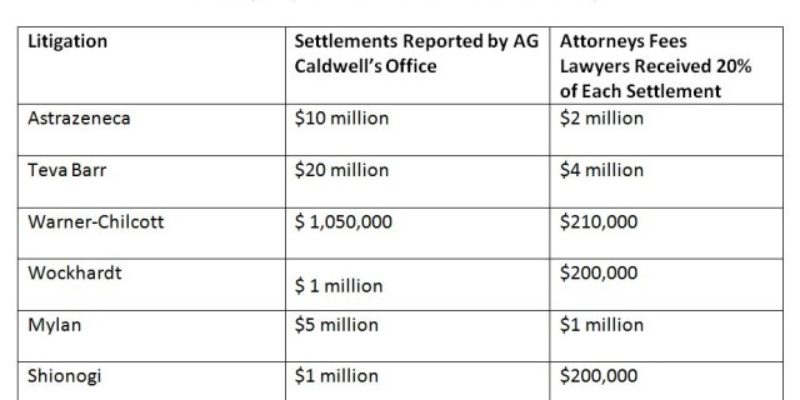 The WWL Piece On Buddy Caldwell You Simply Won’t Believe

Last October, Louisiana Attorney General Buddy Caldwell issued an immodest press release announcing that his office obtained more than $83 million in settlements from pharmaceutical companies.  Since 2010, Caldwell has used outside plaintiffs’ attorneys to pursue a complex litigation scheme against more than 100 drug manufacturers alleging they defrauded the state’s Medicaid program.  Eighteen of the 109 pharmaceutical companies have settled with the state thus far—while the remaining defendants are scheduled for a trial later this year.

According to the AG, funds recovered as a result of the litigation will be returned to Louisiana’s Medicaid program.  What is noticeably absent from the press release is any mention of who the lawyers are in this case and how much they will take from the settlements or judgments for their work on behalf of the state.

The Hayride obtained documents which shed more light on the structure of payments to some of these outside attorneys—several of whom also just so happen to be contributors to Caldwell’s campaign.

Through these documents, we also learn that 19th JDC Judge Wilson Fields, who is overseeing the case, recently threw out Caldwell’s contingency fee contracts with the private attorneys he hired in this case because they violate a previous Supreme Court decision (see page 14).

In a post last year, LLAW questioned the legality of Caldwell’s use of contingency fee contracts—and now it appears that the courts agree that the state’s top law enforcement officer has run afoul of the law.

Here’s how it happened:  In preparation for trial with the remaining pharmaceutical defendants, Judge Fields held a hearing to discuss the matter.  According to transcripts from the hearing, Judge Fields was less than pleased with the structure of the state’s contingency fee arrangement:

“From reviewing the case… it appears that there is still some type of contingency upon whatever the settlement for the state will somehow correlate to what the attorney’s fees will be for the plaintiffs.”

“As I continue to review the Meredith v. Ieyoub case and what that case stood for…and hearings that I’ve had in previous cases as it relates to contingency contracts, this court has previously stated make sure it is not in the realm of contingency…”

Meredith v Ieyoub is a 1997 case from the Louisiana Supreme Court that says the Attorney General has no authority to engage contingency-fee lawyers on the state’s behalf:

“Under the separation of powers doctrine, unless the attorney general has been expressly granted the power in the constitution to pay outside counsel contingency fees from state funds, or the legislature has enacted such a statute, then he has no such power.” Meredith v. Ieyoub

Despite that the Supreme Court opinion and the Legislature’s refusal to pass any legislation that would allow contingency fee contracts in the AG’s office, the Attorney General has numerous contracts with several outside plaintiffs’ firms, which allow them to reap 20% of the state’s awards in contingency fees. 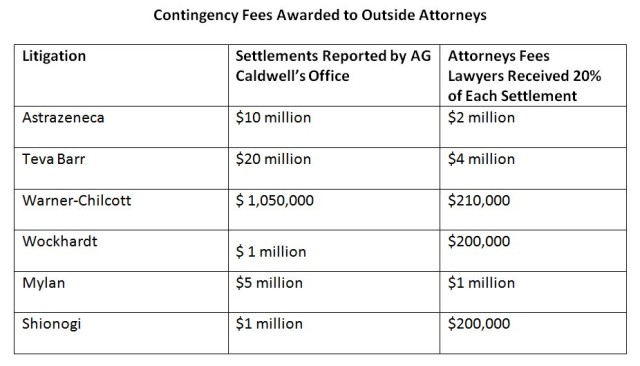 The Attorney General argues that these contracts are not illegal because they are not based on contingency fees—but as the old saying goes: if it looks like a duck and acts like a duck, it is a duck.   Apparently, the Division of Administration’s Office of Contractual Review, the office responsible for reviewing and approving all state contracts, agrees.  An internal memo from OCR clearly describes one of the contracts as “conting. fee k not hourly rate.” 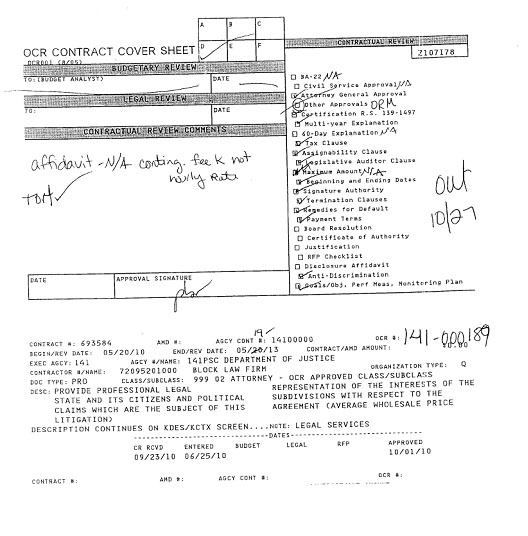 It is troubling to have to ask why the state’s chief legal officer would enter into contracts that its highest court has seemingly already declared illegal and unconstitutional. But that’s where we are in Louisiana at the moment.

TOMORROW: THE BUDDY SYSTEM: You’ve Got To Pay To Play