From the Nelson Mandela funeral today, a photo of a handshake between the President of the United States and Cuba’s dictator, Raul Castro. It’s up to you to decide what to make of it… 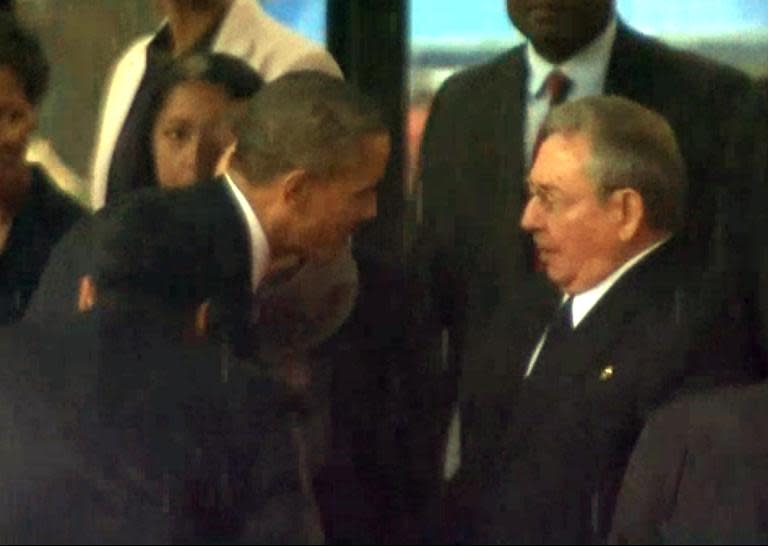 Raul Castro’s a lot shorter than Barack Obama is, so maybe Obama is just stooping so he can hear Castro.

The optics aren’t good, though. Obama is the President of the United States of America, duly elected and re-elected to his office by the richest and most powerful people on the planet. If Castro wants to address him then he can speak up.

This looks like a bow. And the reaction of the American people is going to be “He’s bowing. Why is he bowing?”

Considering that Obama has been captured on camera doing that on numerous occasions, which irritates the hell out of the American people, and considering that he has a reputation for weakness on foreign policy which is beginning to incentivize people like the Chinese and Argentines into adventurism, it’s not a good time for anyone to believe he’s bowing to the Castros of Cuba.

Not while their friends are commencing to impose communism on the people of Venezuela.