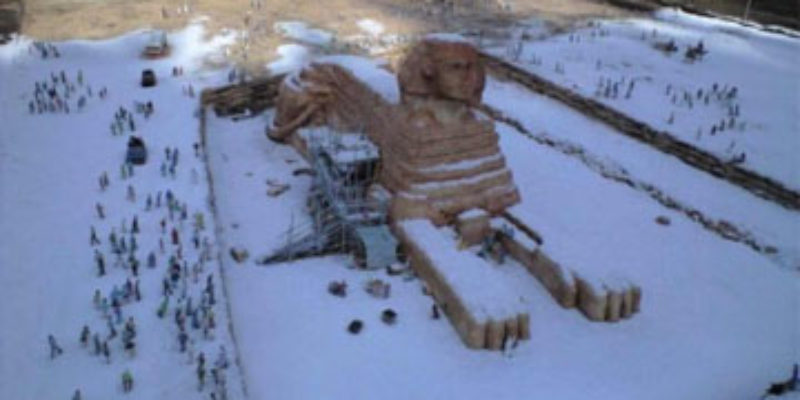 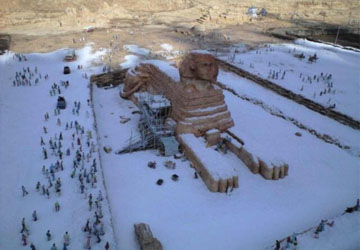 Michael Isikoff at NBC News comes up with an interesting report today on government waste, fraud and abuse. It seems the EPA was playing top-dollar to a “climate-change expert” who told them he was working undercover as a CIA spy in Pakistan.

Except he wasn’t. He was goldbricking.

John C. Beale, who pled guilty in September to bilking the government out of nearly $1 million in salary and other benefits  over a decade, will be sentenced in a Washington, D.C., federal court on Wednesday. In a newly filed sentencing memo, prosecutors said that his “historic” lies are “offensive” to those who actually do dangerous work for the CIA.

Beale’s lawyer, while acknowledging his guilt, has asked for leniency and offered a psychological explanation for the climate expert’s bizarre tales.

“With the help of his therapist,” wrote attorney John Kern, “Mr. Beale has come to recognize that, beyond the motive of greed, his theft and deception were animated by a highly self-destructive and dysfunctional need to engage in excessively reckless, risky behavior.” Kern also said Beale was driven “to manipulate those around him through the fabrication of grandiose narratives … that are fueled by his insecurities.”

The two sentencing memos, along with documents obtained by NBC News, offer new details about what some officials describe as one of the most audacious, and creative, federal frauds they have ever encountered.

When he first began looking into Beale’s deceptions last February, “I thought, ‘Oh my God, How could this possibly have happened in this agency?” said EPA Assistant Inspector General Patrick Sullivan, who spearheaded the Beale probe, in an interview with NBC News. “I’ve worked for the government for 35 years. I’ve never seen a situation like this.”

This guy was making $206,000 a year. He was billing the EPA for travel to California to see his parents – $57,000 for FIVE TRIPS, which comes to $11,400 per trip! – and he often claimed to be engaged in sensitive CIA work to justify being gone for months at a time.

But beyond this fraudster conducting a highly-successful raid on the public fisc, it actually gets worse…

Kern, Beale’s lawyer, declined to comment to NBC News. But in his court filing, he asks Judge Ellen Huvelle, who is due to sentence Beale Wednesday, to balance Beale’s misdeeds against years of admirable work for the government. These include helping to rewrite the Clean Air Act in 1990, heading up EPA delegations to United Nations conferences on climate change in 2000 and 2001, and helping to negotiate agreements to reduce carbon emissions with China, India and other nations.

Great, right? He helped perpetuate the global-warming fraud, and because he did it should mitigate the personal fraud he committed.

There’s more to share, as this is one of the most entertaining stories we’ve read in a while…

For example, one of the reports states, Beale took 33 airplane trips between 2003 and 2011, costing the government $266,190. On 70 percent of those, he travelled first class and stayed at high end hotels, charging more than twice the government’s allowed per diem limit. But his expense vouchers were routinely approved by another EPA official, a colleague of Beale’s, whose conduct is now being reviewed by the inspector general, according to congressional investigators briefed on the report.

That’s an awful lot of plane trips for somebody worried about carbon emissions and global warming, no?

But this is where it gets hilarious…

Beale was caught when he “retired” very publicly but kept drawing his large salary for another year and a half. Top EPA officials, including McCarthy, attended a September 2011 retirement party for Beale and two colleagues aboard a Potomac yacht. Six months later, McCarthy learned he was still on the payroll

In a March 29, 2012 email, she wrote, “I thought he had already retired. She then initiated a review that was forwarded to the EPA general counsel’s office . But the inspector general’s office was not alerted until February 2013 and he didn’t actually retire until April.

Sullivan said he doubted Beale’s fraud could occur at any federal agency other than the EPA. “There’s a certain culture here at the EPA where the mission is the most important thing,” he said. “They don’t think like criminal investigators. They tend to be very trusting and accepting.”

“Trusting and accepting,” for sure. You tend to be that way when you’re using a hoax to justify your coercive power over productive society. Virtually everything the EPA does these days is based on “fighting climate change,” which used to be called “global warming” until they recognized how difficult it was to sell the public on global warming that wasn’t actually happened. So now it’s about “climate change” which means evey time there’s a tornado, a hurricane, an ice storm, a heat wave or a drought it’s because you’re grilling steaks in your back yard.

And the EPA gets your tax dollars to hire people like this to attend conferences and run up big-shot tabs at swanky restaurants and hotels while producing absolutely nothing. Beale might be the least destructive employee at the EPA, after all; at least he was out playing golf on our tab rather than actively trying to screw up the economy like the harder-working bureaucratic tyrants at that agency.

Each one of the 50 states has a Department of Environmental Quality, or some similarly-named agency tasked with protecting the environment. It’s highly debatable whether EPA is needed at all, and certainly it’s worth questioning that an EPA which would promote a bullshit artist like this to the point where he’s rooking the taxpayer for over $200,000 per year in salary for doing nothing and clobbering us for tens of thousands of dollars in expenses for hifalutin’ travel and five-star restaurant dining needs to exist on the scale it does.

Particularly as it’s employing people like Beale as “climate change” experts when Jerusalem and the Pyramids are covered in snow.

Interested in more national news? We've got you covered! See More National News
Previous Article SARGE: Crap Sandwich
Next Article At What Point Does Millennial Fury At Obama Kick In?