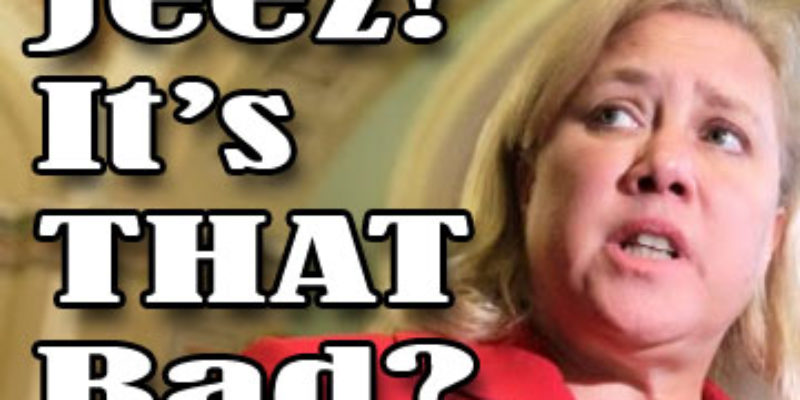 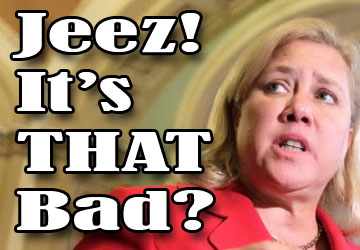 This used to be the Lane Grigsby poll, but Grigsby is now using Magellan Strategies rather than Southern Media and Opinion Research to do his annual poll. We’re not sure who commissioned this, and that would be interesting information to know – it might be that SMOR president Bernie Pinsonat just decided to put out the poll on his own.

In the past, Pinsonat’s polls usually had Mary Landrieu rated as one of Louisiana’s more popular statewide officials. Regardless of who’s footing the bill for the current edition that’s no longer true. Landrieu’s approval number has collapsed to an all-time low of 39 percent, with a 58 percent disapproval rating.

And worse for Landrieu, she’s all the way down to 36 percent in a four-way race with Bill Cassidy, Paul Hollis and Rob Maness. Cassidy checks in with 35.4 percent, Maness is at 7.1 percent and Hollis is at 3.9. Undecideds in the race are at 16.6. Apply the Maness and Hollis vote to Cassidy, which is a reasonable application, and the congressman from Baton Rouge would start a runoff election with a 46.4 percent-to-36.0 percent edge on Landrieu and need barely a quarter of the undecideds to beat her in December using these numbers.

This is an atrocious showing for Landrieu. There is no way to sugar-coat it, which is why the Landrieu camp would probably want to know who paid for the poll so they could discredit its findings.

The SMOR release says that they surveyed 600 likely Louisiana voters conducted April 28-30, 2014, with a sample weighted to conform to the “likely voter population.” Without knowing exactly what the pollster considers the likely voter population is going to be, it’s tough to gauge this poll against the others out there which, to be sure, say similar things about this race though not with quite the flashing red lights this one has.

Two questions asked about issues in the race don’t show Landrieu to be in particularly good shape in terms of gaining traction, either.

Obamacare? Try 63-31 against it. Among the Senate race undecideds, that margin is 79-11. The bigger Obamacare weighs in the race, the worse it is for Landrieu.

Landrieu’s seniority and stroke in the Senate? Some 59 percent said they’d rather have somebody new. That number rises to 72 percent among the undecideds. Do some math, and 72 percent of 16.6 percent of the undecideds means Cassidy’s 46.4 percent after adding the Maness and Hollis vote becomes 58.4 percent.

Which is almost precisely the same number (58.5 percent) who said “elect someone new” over “keep Mary in office” (37.4 percent).

The SMOR poll didn’t ask a straight-up Cassidy-Landrieu head-to-head question, just as Grigsby’s Magellan poll didn’t last month. But the numbers tell the same story – put Cassidy head to head with Landrieu and unless something changes between now and Election Day she can’t win. Cassidy just needs to close the sale and consolidate the anti-Landrieu vote and there’s plenty enough out there for him not just to win, but win comfortably.