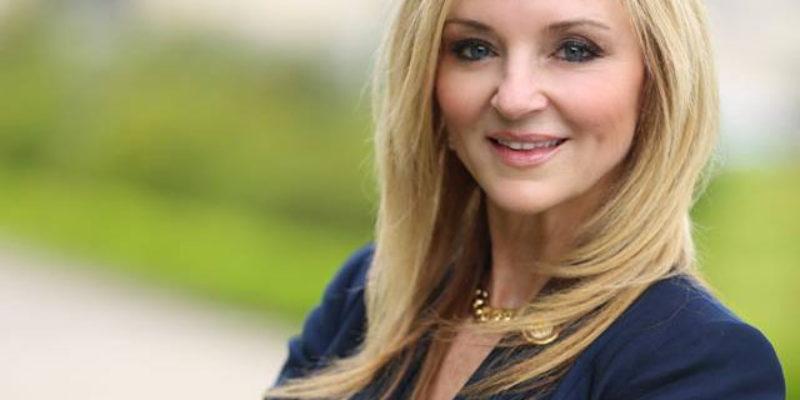 Making the stateroom scene in “A Night at the Opera” look relatively barren of people by comparison, the field for Louisiana’s Sixth Congressional District gained another major candidate, shifting dynamics of the contest in favor of some at the expense of others.

At about the last minute that a serious candidate could announce with any hope of winning, state Rep. Lenar Whitney danced into the competition. The Republican has served two-and-a-half years of her first term in any elective office, but has considerable connections with local politics in being an ally of state Sen. Norby Chabert (who had considered running for this) and with state politics, in being the party’s national committeewoman to the Republican National Committee.

Those connections and that she is the only candidate from the southernmost part of the district she will need to help her overcome her relatively late start. Some assistance that might have gone to her from regular Republican donors and activists already will have been apportioned elsewhere. She and her husband do appear to have assets that could help finance a campaign, although her state office campaign account at the end of last year was practically empty.

(Actually, she lives so far south relative to the district that her residence actually is just outside the Sixth. But much of her legislative district is inside it, and the U.S. Constitution does not impose a district residency requirement of the office. And, Louisianans have shown themselves to be forgiving on residency in a district from which elected. In 1988, Jim McCrery and in 2004 now Gov. Bobby Jindalboth won House seats even though they became district residents after announcing their bids when living much farther outside their districts.)

Whitney joins, as judged by their reputations and fundraising prowess to date, the major candidates contending state Sen. Dan Claitor, businessman Paul Dietzel, reality television dud Prisoner #03128-095, and former state government official Garret Graves. All of these others, except for Prisoner #03128-095 who prior to his conviction on influence peddling formerly was known as Gov. Edwin Edwards, are Republicans.

Beginning with the felon, with so many quality Republicans in the contest, his chances of heading to the inevitable runoff that were very good got even better. No competitive Democrat will run against him in a district tough for a Democrat to win (but that’s not the point of his candidacy), so even though he was never that popular electorally in the Baton Rouge area, around which is built the district, and that even some yellow-dog liberal Democrats will refuse to push the button for him out of disgust for his past service in state office and servitude in federal penitentiaries, enough will do that to make it very difficult for two Republicans to squeeze him out. Whitney’s entry dividing that vote further increases that difficulty.

Of those Republicans, Graves probably loses the most. He has connections to Jindal and his allies, but Whitney has proven to be a reliable legislative ally to Jindal, and her connections to the party run deeper than his. Graves also has the best geographic reach of any candidate, given his former job overseeing the state’s coastal restoration efforts and without her coming onto the scene may have scooped the plurality of votes in the southern part of the district. But as a favorite daughter of the region, she now will take a chunk of that and disproportionately from him.

Dietzel also takes a hit in support with her on board. His campaign tactic has been infused with the most conservative ideological appeals, but her legislative and party service also gives her the ability to attract as well more ideological voters. Her Louisiana Legislature Log scores (measuring ideology and reformism where 100 is the most conservative/reformist) of 85 in 2012 and 90 in 2013 make her one of the most conservative/reformist members of the Legislature for the term. She also has considerable small business background and can appeal on that basis, unlike the other major contenders besides Dietzel who come from government and legal backgrounds.

Which among the Republicans leaves Claitor relatively advantaged with her joining the fray. Seen as a less orthodox Republican, his base solidly is around Baton Rouge and big business interests there, and isnot a favorite of social issue constituencies in contrast to her, so his and her bases hardly overlap.<

In sum, Whitney will make it more difficult for Graves and Dietzel and easier for Claitor and Edwards to advance to the runoff. In fact, theadvantage Graves had before her commitment likely has disappeared as a result. With the existing Republican candidates already having raised and committed considerable sums of money to the endeavor, any of them would be loath to exit the race if conservatives feel that otherwise they will divide too much that vote. But a deferral by any of Dietzel, Graves, or Whitney may have to happen unless conservatives reconcile themselves having the unreliable Claitor go through to become with almost certainty the district’s next congressman.