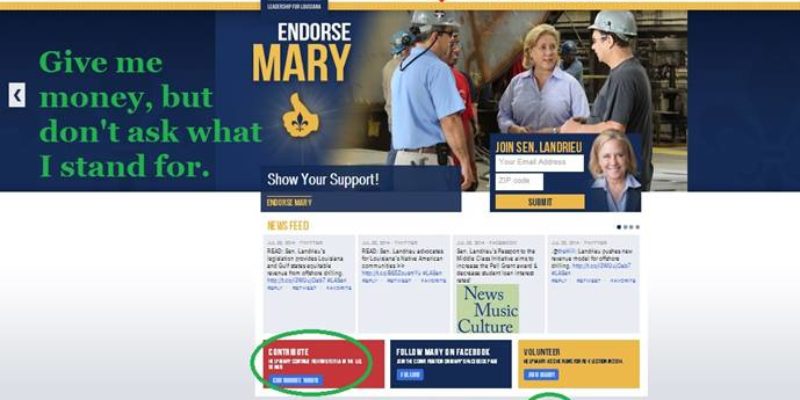 Who cares about the way Senators vote? Especially when they’re running for re-election.

Well, apparently that is what Mary Landrieu’s re-election campaign team thought to themselves when building her website. MaryLandrieu.com does not feature any component that tells voters or even hints at Landrieu’s voting record. From her own website, no voter would ever know that Landrieu voted many times for Obamacare. There are, however, many places where voters can contribute money to Landrieu’s campaign. Take a look: 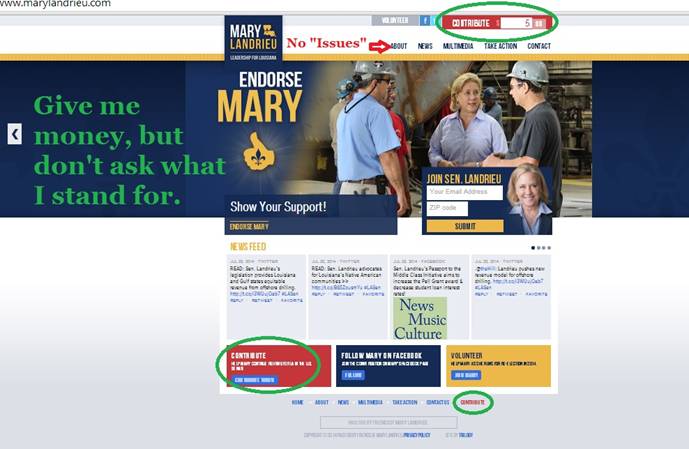 If voters want to know how Landrieu votes on issues like healthcare and abortion, they will have to head over to ontheissues.org/senate/mary_landrieu.htm or just keep reading the Hayride.

Interested in more national news? We've got you covered! See More National News
Previous Article Foster Campbell’s Challenger Is Picking Up Support In North Louisiana
Next Article LOVE IS IN THE AIR: Boysie Gets A Gift From Mary