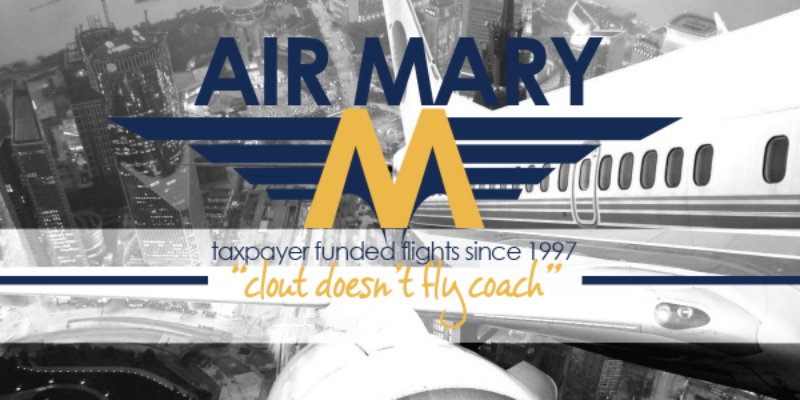 We now discover just how deep was Sen. Mary Landrieu’s hand into the cookie jar by her self-revelation that over two-fifths of all her air charter travel since 2002 had some portion illegally charged to taxpayers. What’s not new is the inadequacies in her trying to explain it away.

At the very end of the week’s news cycle, four days after Landrieu had said the information would be made public, lawyers contracted by her admitted 43 such erroneous billings had occurred. In each instance, regardless of whether any campaign-related activity had occurred, the entire amount had been billed to taxpayers, as if the staff had no idea of the operative Federal Election Commission and Senate rules. Landrieu shrugged off the incident by saying her campaign account had reimbursed the federal government some $33,000 for this, that it was only “sloppy bookkeeping,” and that procedures were to be changed to prevent this from happening in the future.

Left unaddressed were several embarrassing questions for her:

The best one can say about Landrieu about all of this, which requires suspension of disbelief relative to the items addressed above, is that she’s an incredibly inattentive or negligent executive who had a penchant for hiring administrative assistants and campaign managers shockingly ignorant about the law and regulations who hired staffers equally in the dark about basic rules. If you can’t accept the massive cognitive dissonance required to make such a suspension, Landrieu comes off as somebody who simply didn’t give a flip about rules, who sees herself as special and above them, and makes no distinction between what is the taxpayers’ and what is hers, and instructing her staff to act accordingly.

Meaning that she knew better and absolutely intended to work the system this way, stealing from taxpayers until caught and only then became repentant. Which is why the issue may become the straw that breaks her back when it comes to successful reelection (if that hasn’t happened already), because it give so much credence to the image of her as an entirely out-of-touch politician.

Let’s face it, Landrieu has little to no inkling about the lives of typical Louisianans and Americans, and the part of that comprising the root understanding that we must have that we are not the state. She was born into a political family and growing up only knew that her father made his living as an elected or appointed official. She went to private schools until college and had the skids greased for her at Louisiana State University, the daughter of the mayor of New Orleans. That didn’t hurt when she played around with real estate on the side while she started running for office almost as soon as she graduated. With the exception of one year from 1980 until now she has held elective office at the state or national level, a dilettante from a wealthy family living off of taxpayers. She has known only privilege and puffery from the day she was born, with no real need ever to earn a living on her own and never without sympathetic strings she could pull at any time to shape government’s will to hers – an existence entirely alien to the lives lived by almost every of her constituents.

So it’s perfectly natural that she would think she could dispense with the rules that apply to others, and now there’s an incident easily understandable to voters that illuminates this and can be extended easily to her entire governing philosophy and career to incite voters against her. No doubt Las Vegas already is coming up with an over/under line for how many times prior to the election her opponents will bring up the phrase “sloppy bookkeeping” in reference to her votes in Congress and policy preferences. At a deeper level, voters understand the wisdom inherent in Luke 16:10.

The last thing the Landrieu camp needs is more evidence that she’s a fraud. If they had hoped this review would reveal isolated mistakes to deflect from that idea, it backfired. And it will have a significantly negative impact on her reelection chances.