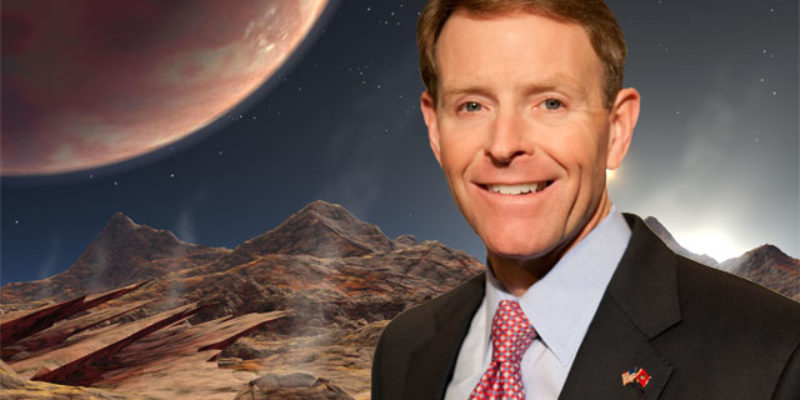 What does Jesse Jackson do for a living? He extorts people.

And extortion seems to be a growing racket in politics, because that’s precisely what Tony Perkins, head of the Family Resource Council, tried his hand at last night.

The Hill caught up to Perkins at a Freedomworks election-night event last night, and he proceeded to take the opportunity to bash Bill Cassidy when it was obvious that Cassidy’s runoff victory is a foregone conclusion…

“I don’t see myself supporting Cassidy,” Perkins told The Hill at a FreedomWorks election-night event. “The only way I would support him, even if the Senate was hanging in the balance, would be with assurances from him on positions and to backtrack on some of the bad votes that he’s taken in Congress.”

Perkins views Cassidy, the three-term congressman, as a “moderate” who doesn’t have a base that can carry him to victory in a runoff. He supported Col. Rob Maness, a Tea Party candidate who ran to Cassidy’s right, and said that Cassidy will have a “hard time” winning a runoff because of his lack of conservative chops.

“Here’s the reality in Louisiana: a moderate does not beat a liberal,” Perkins said. “That’s been the problem, that’s the problem I see that Bill Cassidy has. He was a Democrat, he supported Mary Landrieu when he first ran. He voted for liberal policies.”

See what Perkins did there? He just made demands on Bill Cassidy if the latter wants his support on Dec. 6.

It was of some rhetorical value to play the True Conservative card with Cassidy during the primary, although to be sure from the standpoint of getting Mary Landrieu out of office that game bore the risk inherent in the incumbent-friendly template of the jungle primary.

But now? When Landrieu and Cassidy are in a runoff?

Tony Perkins says he doesn’t see himself supporting Cassidy against Landrieu. And yet the Family Resource Council puts out scorecards on Congress every year. FRC rates Cassidy as a 100. It rates Mary Landrieu as a 15.

“We support conservatives that are going to advance our core values,” Perkins said. “Someone that has a track record of working against those core value issues is not someone that I’m interested in supporting.

Why would the head of an organization which has put out a scorecard giving Bill Cassidy an 85-point advantage over Mary Landrieu refuse to support Cassidy?

It boggles the mind, and it destroys Tony Perkins’ credibility.

Bill Cassidy ought to put out a statement touting his 100 percent score on the FRC scorecard, and follow it up with a TV ad and a direct mail piece touting that score – plus the 100 percent score he’s earned from National Right To Life. Cassidy’s statement should ask why it is that Tony Perkins would fail to endorse a Republican with a 100 percent score from his organization against a Democrat with a 15 percent score.

And Bill Cassidy should ask the FRC’s members what Tony Perkins’ problem is. Perkins came out for Rob Maness and saw his candidate absorb a 27-point loss to Cassidy in the primary, and he’s now going to sit on his hands when Louisiana has a chance to turn a Senate seat from Democrat to Republican?

And he thinks he’s going to get somewhere by demanding Cassidy repudiate votes taken long ago. Cassidy has no reason whatsoever to play Perkins’ game, and Perkins knows that quite well. So when Cassidy ignores him Perkins can play gadfly and predict doom in December. In the unlikely event it happens, Perkins can say “I told you so,” and demand influence in who the GOP’s preferred 2016 Senate candidate might be assuming David Vitter is elected governor. If it doesn’t happen, Perkins can then raise money by claiming that godless heathens from the country clubs have seized control of the Louisiana GOP and it’s necessary for the good folks to financially support the Family Resource Council to take it back.

It’s a good thing that Gene Mills, head of the Louisiana Family Forum, has not engaged in this kind of foolishness. Mills is far more judicious and circumspect in the battles he fights, and for that reason Mills is highly, highly effective in Louisiana politics.

Perkins? Not so much. And with this attempt at extortion he’s making himself less so.

Interested in more news from Louisiana? We've got you covered! See More Louisiana News
Previous Article KANE: Why a National Teachers Union Wants to Turn Back the Clock in Jefferson Parish
Next Article The Black Conservatives Fund Is Setting Up Camp In Louisiana