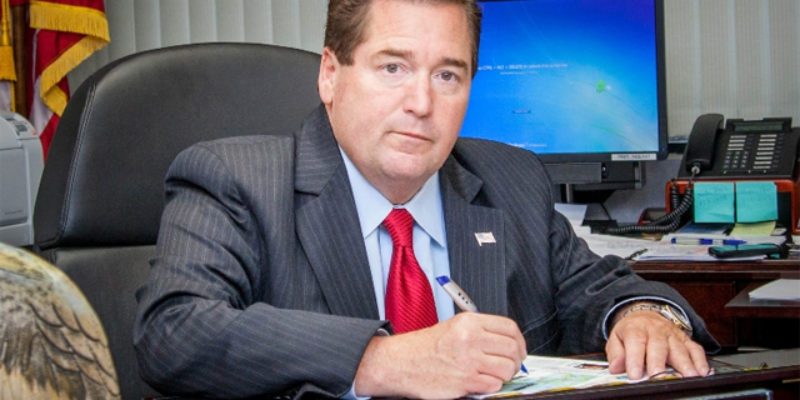 Louisiana State Treasurer John Kennedy reported today that his campaign committee has raised over $4 million in the current election cycle for use in a future statewide campaign.

“I’m very grateful to my financial supporters for the confidence they have placed in me,” said Treasurer Kennedy.

The most recent report filed with the Louisiana Board of Ethics shows the Kennedy Campaign raised over $700,000 in 2014 alone, and ended the year with close to $3.5 million cash on hand.

Treasurer Kennedy is currently serving his fourth term as Louisiana’s chief fiscal watchdog. In over in 25 years of public service, Treasurer Kennedy served as special counsel to Governor Buddy Roemer and State Revenue Secretary to Governor Mike Foster before upsetting an incumbent to become Treasurer of the State of Louisiana. He was re-elected to that post without opposition for his last three elections.

Treasurer Kennedy is also an adjunct professor at LSU Law School and volunteers as a substitute teacher in public schools across the state. He resides in Madisonville, Louisiana, with his wife Becky and have a son, Preston who is a first year college student. They are founding members of the North Cross United Methodist Church.

And another from former Plaquemines Parish President Billy Nungesser…

On Monday, February 16th, the Billy Nungesser campaign for Lieutenant Governor filed its campaign finance report with a cash on hand number of $2,148,751.35.  “We are off to a good start because people want to see our state go to the next level, and they believe in my ability help lead us there,” Billy Nungesser continued, “I am both humbled and motivated by the response on the campaign trail.”

In addition to starting the campaign with more than two million dollars to spend, the Nungesser campaign has more than 320 donors from across the state that it can call upon to volunteer to work the phones, recruit and host meet and greets with Billy.  “I built a successful small business by working 18 hour days, coming up with innovative solutions to fit the needs of customers, and knowing how to delegate.  It worked for me as Parish President and I will continue this system as Lt. Governor,” Billy stated.

“This first report was built without a finance director on board.  Now, as we enter the second phase, we have brought on a talented fundraising team to capture all those individuals who have said they want to raise money for Billy and bring him to their town.  We are shooting for $4 million,” campaign manager Ryan Lambert said.

Campaigning on a plan to strengthen our tourism economy over the next four years by bringing more financial stability to the budget and creating private-public partnerships; to expand the duties of the Lieutenant Governor and work with the next Governor to protect both state and federal tax dollars; and continue to be a strong proponent for coastal restoration, and hurricane protection, Billy Nungesser, Republican, has met widespread encouragement from voters, constituents and tourism officials.  “There is no money tree.  Taxpayers and families fund government operations.  They must have top priority. My pledge is cut wasteful spending, create a reliable revenue stream, protect your hard earned money, and wisely invest it in our state so that we get a strong, positive return.  I’m a fiscal conservative and that’s how I’ll lead,” Billy concluded.

What’s interesting about Kennedy’s release is that it references a “future statewide campaign.” Nobody yet knows whether that would be for re-election, for Governor, for Attorney General or for the Senate next year in the event David Vitter wins the governor’s race and his seat comes open. In that event Kennedy would be dumping his stash into a Super PAC – so if he forms one, that’s a telltale sign he’s going to run for the Senate.

In the meantime, Kennedy is the high-priced free agent in Louisiana politics at present.

As for Nungesser, he’s got more cash on hand than his principal Republican rival John Young, the Jefferson Parish President. But Nungesser’s war chest includes $900,000 in personal loans to his campaign, so the impressive $2.1 million stash doesn’t reflect a dominating fundraising presence vis-a-vis Young. That said, the bulk of Young’s $1.8 million war chest was built up during the time he was solely the Jefferson Parish President and not necessarily a candidate for higher office. Last year, with both men more explicitly seeking the Lt. Governor position, Young raised $451,000 and Nungesser $430,000.