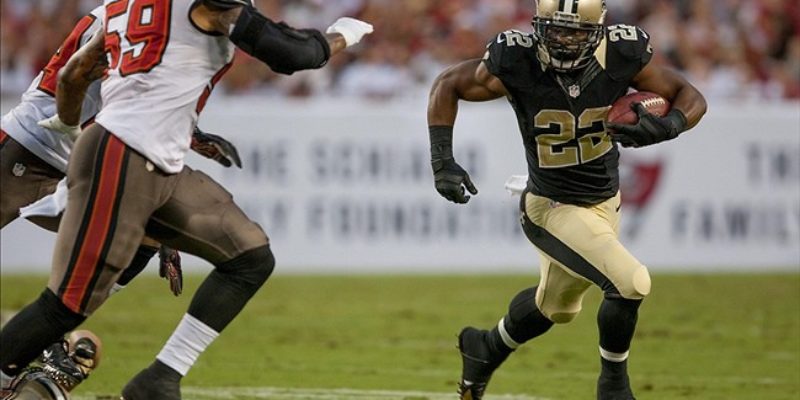 When the news broke last night that the Saints had resigned running back Mark Ingram to a new deal, many in the Who Dat Nation were surprised. Many thought the Saints would draft a new running back or pick one up in free agency and let Ingram go. But, a deal got done and Ingram got $16 million over 4 years.

The resigning of Mark Ingram is the acknowledgment of the reality that the Drew Brees era is slowly coming to an end in New Orleans. Drew Brees is 36 and probably doesn’t have too many great years left as an NFL quarterback. Also, gone are the days that Drew Brees can carry the entire team on his back and the Saints can neglect the running game. In fact, there is a good argument for trading Drew Brees for some younger prospects because of his high salary. At the very least, the Saints should ask Drew Brees to take a pay cut, especially given his declining performance over the past couple of years.

The Sean Payton-Drew Brees era has been the best stretch for the New Orleans Saints in franchise history. But, like all things, it must come to an end and the end is coming. This is an acknowledgment that Drew Brees can no longer carry the team on his own and that the Saints need a potent running game. Mark Ingram is the running back who can carry the Saints offense.

This will allow the Saints to transition in a new quarterback and prolong Brees’ career. A strong running game will take some of the pressure off of Brees. Plus, it will give the Saints more weapons on offense.

Given where the Saints are now and where they need to go, keeping Mark Ingram made way too much sense.

Interested in more news from Louisiana? We've got you covered! See More Louisiana News
Previous Article VIDEO: Watch College Students Sign Petition To End Women’s Suffrage In The Name Of Women’s Rights
Next Article JINDAL: Our Economy Is Better Than Ever