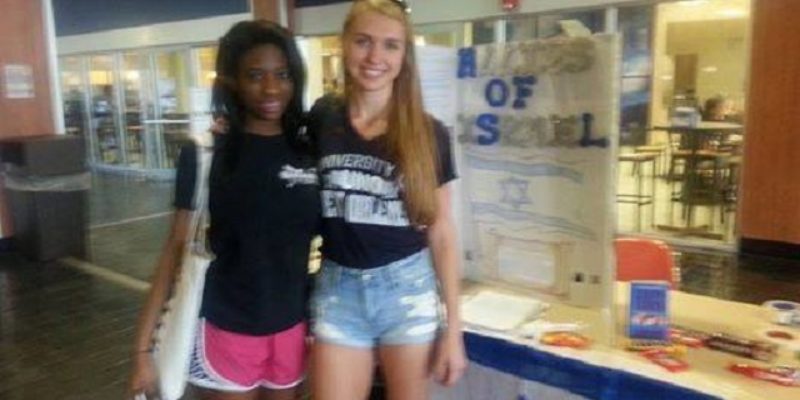 Across American university campuses, the anti-Israel and anti-semitic Boycott, Divestment and Sanctions campaign has been pushing universities to divest their holdings in Israeli companies, ban Israeli goods on campus, and have an academic boycott of Israel. The movement has had varying degrees of success.

But at UNO, some pro-Israel students decided to turn the tables on the BDS crowd. They’re organizing an on-campus petition drive against the Palestinian Authority.

A student organization, Allies of Israel, is doing the two-day petition drive. According to Breitbart, the petition says this:

Chloe Simone Valdary, a New Orleans-based pro-Israel activist and founder of Allies of Israel, had this statement for The Hayride. (Note, I had lazily called the petition anti-Palestinian instead of anti-Palestinian Authority in my question to her.)

It’s actually pro-Palestinian, it’s anti Palestinian Authority. Specifically because we send aid to the PA and instead of using it to build infrastructure and a good community for their people, they pocket the money and actually persecute their own people. For example Palestinian political dissidents are often imprisoned as well as other minorities in the region. Honor killings are up some 200% in the West Bank, and the PA aids and abetts the situation instead of acting against it. We in the West throw money at them with no oversight.

There is a lot of talk about millennials being the most anti-Israel generation in decades. It’s a very good sign to see young supporters of Israel push back against this perception.

Interested in more news from Louisiana? We've got you covered! See More Louisiana News
Previous Article SADOW: We Need Higher Ed Reform Before Putting Any More Tax Money Into It
Next Article The Democrats Are Spent As A Political Force, And Here’s Proof