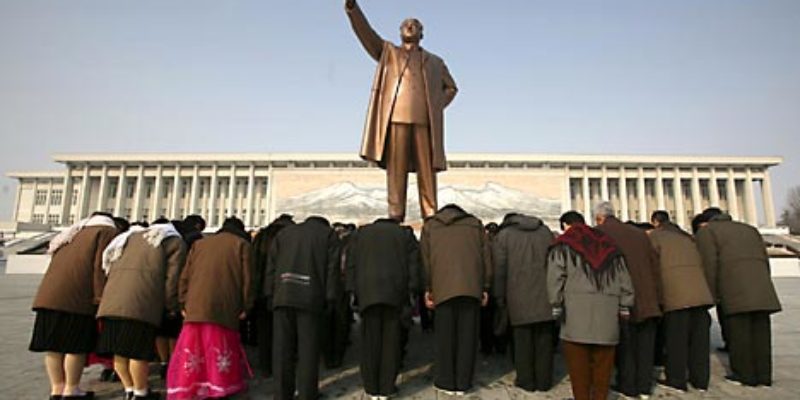 This is truly embarrassing as a Louisianian. We have 11 members of the Louisiana State House who are groveling on their knees to Grover Norquist and Americans for Tax Reform asking them to take a stand on a state issue. The issue they want Grover Norquist to get involved in is the SAVE Act.

The letter is first and foremost a political stunt. If they really wanted to get advice from Norquist on how to vote on the SAVE Act, they would’ve just faxed the letter to him. Instead, they provided the Times-Picayune a copy.

Here are some excerpts from the letter: 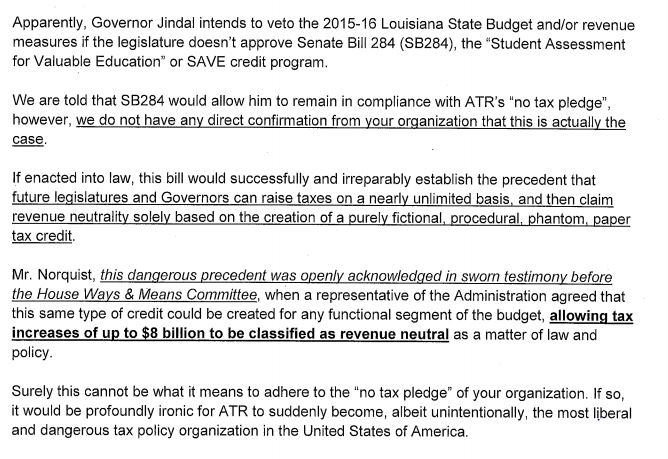 Actually, I can’t disagree with a lot of this. The SAVE Act is a shell game and a gimmick. I don’t think State Rep. Jay Morris (who signed the letter) was that far off when he described it as “money laundering.” From a pure policy perspective, the last thing Louisiana needs is yet another tax credit to make our tax code that much more complicated. If they would’ve stopped here, I would probably be praising these guys.

Here are some other excerpts from the letter:

The legislator who wrote this letter, on official state stationary, is State Rep. Joel Robideaux. The state reps who co-signed it are:

This is what it boils down to, these people are looking for permission to raise taxes. Harrison, Henry, Schroder, and Talbot signed the “no-tax” pledge.

As for a “5 year look-forward”, I have news for these guys, it is bogus. The only effective tax cuts are the ones passed for the coming fiscal year. A future governor and legislature can always cancel tax cuts scheduled for future years.

In short, this letter is a political stunt with two goals. The first goal is to give political cover for these guys to raise taxes. The second goal is to embarrass Governor Jindal as he prepares to run for president.

If Norquist and ATR have any credibility, they would throw this letter in the trash and call these guys out for violating their no-tax pledge to their constituents.