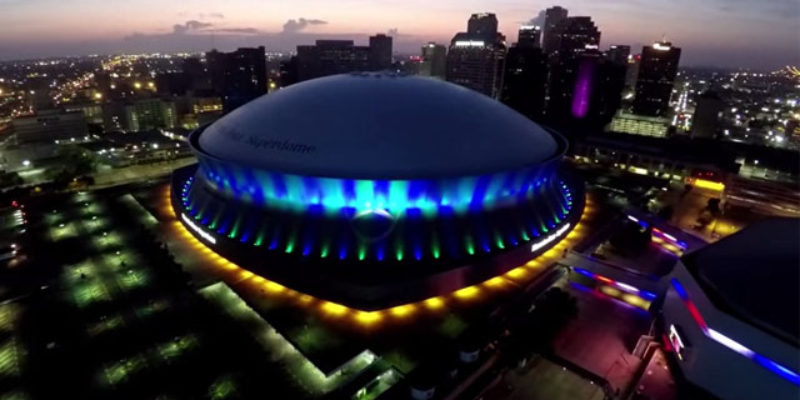 It was shot by someone named Simon Andersson, who also did a pretty cool video of an Ironman triathlon in New Orleans a couple of months ago using drone footage.

This one is more about the scenery and less about the action, and the footage is beautiful. It’s been up on YouTube for a week and it’s beginning to catch a bit of virality, with about 25,000 views so far. Lots of great aerial footage of the Quarter and the Crescent City Connection, as well as the Superdome.

We’re suckers for the drone footage here at the Hayride. 10 years ago the aerial shots were nearly impossible to get unless they came from TV news helicopters and so on. Now, a drone and a GoPro can give you aerial video of anything, and people are rushing in to do just that. Soon we’ll know the more interesting parts of the planet every bit as well visually as we know them from street level.