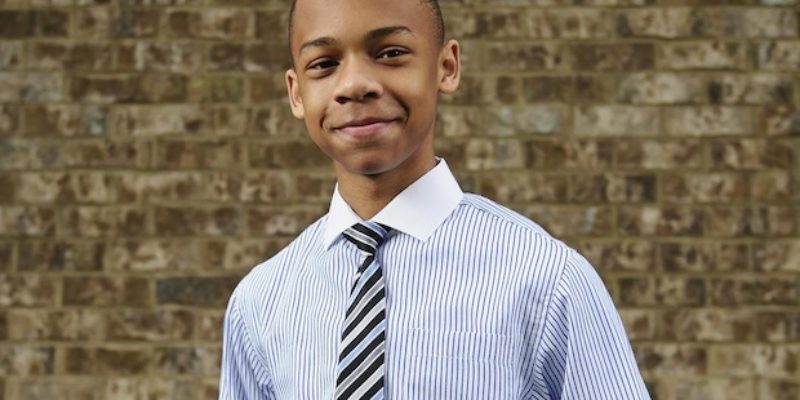 C.J. Pearson is a 13 year-old black conservative who has become something of an Internet sensation in the last year or so, due in large part to a YouTube video where he deeply criticizes Barack Obama (rightfully so). Since then, he has shot to stardom in online conservative circles, and his ties to conservative Ali Ackbar were as newsworthy as they were controversial when they were revealed this summer.

Pearson very recently claimed that he had been blocked on Twitter by @POTUS, the official account of the President of the United States (meaning, it is transferred from one president to the next from here on out – @BarackObama is actually run by his former campaign and current activitism arm, Organizing for America). He posted a screenshot along with the claim.

Many were understandably outraged, but there were plenty of skeptics. The administration felt compelled to put out a statement saying no one has been blocked by that account. The Blaze has a story up calling Pearson’s claim into questions with several convincing points of evidence.

Regardless of Pearson’s guilt or innocence in he matter, there is a larger issue here that needs to be discussed.

We see a lot of young activists out there today, and some who started when they were just wee lads and lasses, but I fear we’ve seen far too few responsible adults guiding them. Benji Backer, who started out as a younger teenage activist in Wisconsin, is one that I’ve gotten to know, and he spoke on Twitter last night about how lucky he was to have had guidance. Bethany Bowra of Florida is another who said the same thing.

If a kid wants to be a political activist, that’s cool and all, but as a kid you don’t have anywhere near the experience, outside of what you’re told in textbooks and Internet articles, that leaves you as a truly credible source. You have to work twice as hard to build that credibility, and while you’re working at building it, you’re missing out on being a kid and actually enjoying life.

I don’t want to dissuade anyone from political activism (especially if they are on my side), but a kid is at risk of losing the joy of childhood and being at risk of people that do not have their best interests at heart using them for their own branding. So, while I don’t know C.J., I do worry that he is being advised by some people who do not really care one way or another about his well being.

UPDATE: Ali Akbar contacted us to say that while he was advising Pearson at one time he is no longer doing so and is not involved in the blocked-on-Twitter case in any way.