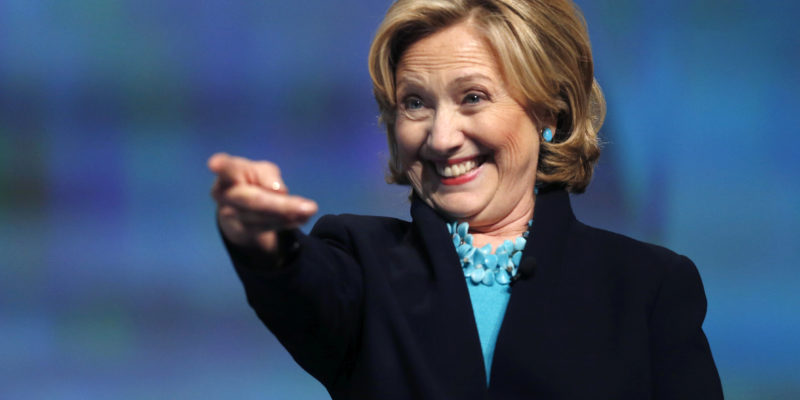 Updated: This story has been updated RIGHT HERE.

2016 Democratic presidential-hopeful Hillary Clinton is coming to Baton Rouge this week to hold a campaign rally at the Louisiana Leadership Institute.

And guess who is suddenly singing Clinton’s praises, none other than Mayor Mitch Landrieu of New Orleans.

New Orleans Mayor Mitch Landrieu says that Hillary will be talking about her ideas for “strengthening Louisiana families, and how to get more people involved in the community.”

Oddly enough, Landrieu’s support for Clinton means nothing at this point. His sister Mary Landrieu lost her Senate seat last year to Sen. Bill Cassidy (R-LA) in a statewide election.

Besides that, Mitch Landrieu holds absolutely zero clout in the state.

His support in New Orleans has fallen as the city’s murder and violent crime levels have skyrocketed and as he has become the leading voice for all things politically correct, demanding that four Confederate-related monuments be removed because they incite racism.

Of course this is not the first time the Clinton and Landrieu political dynasties have teamed up together.

Back last year, Clinton threw an elite fundraiser for Mary Landrieu. And earlier this year, Mary Landrieu came out of hiding and took to CNN to tell the public how much she adores Clinton.