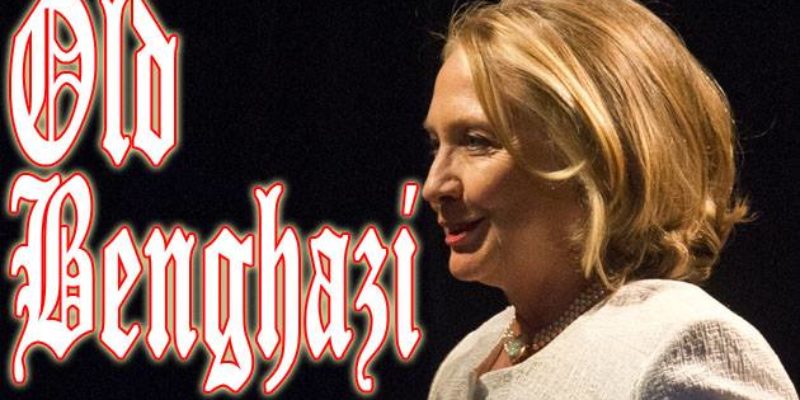 A group called Stop Hillary PAC put this out, which is somewhat reminiscent of the Swift Boat ads that sunk John Kerry…

The response has been pretty interesting. Family members of the four slain Americans offered mixed, though perhaps mostly negative, reactions to the use of their relatives for a political ad, and the Clinton campaign called it “disgusting,” which isn’t a surprise.

But then there was Elijah Cummings and his Democrat colleagues on the Benghazi special committee, who demanded of its chairman that the ad be stopped.

Democrats on the House Benghazi committee condemned the ad Wednesday and said Stevens’ image was used without his family’s permission.

Rep. Elijah Cummings of Maryland, the senior Democrat on the panel, called the ad offensive and shameful.

He and other Democrats urged the panel’s chairman, Rep. Trey Gowdy, R-S.C., to use his influence to get the ad removed immediately.

Dan Backer, treasurer of the anti-Clinton group, said the ad was designed to “convey as powerful a message as possible” about the tragedy and Clinton’s possible role in it. “Four Americans died. They didn’t have to, but they did,” Backer said.

Jamal Ware, a spokesman for Gowdy, said the ad does not mention either the Benghazi committee or Gowdy, and the committee played no role in the ad.

“The gratuitous demand by Ranking Member Cummings is further proof Democrats do not care about investigating Benghazi, only playing politics like the makers of that ad,” Ware said.

Gowdy had previously sent the Stop Hillary group a cease-and-desist letter when they invoked his name.

Perhaps they’re not aware of the First Amendment.

The ad rubs against the edge of good taste by appropriating the dead to attack Hillary – even though it’s reasonable to assume Tyrone Woods, Glen Doherty, Sean Smith and Chris Stevens would all be highly critical of the lack of security at the Benghazi facility – and it’s anything but polite.

But guess what? The Swift Boat ads weren’t polite and they worked, and even though George W. Bush’s second term was not one for the ages we can plainly see now what a service it was to keep John Kerry out of the White House.

We can also plainly see what a service it would be to keep Hillary Clinton out of the White House, too.

So given that, it’s probably a pretty good idea to scrap most of the usual preferences for good taste and gentility in advance of the coming presidential cycle. Whatever it takes to prevent the Democrats from holding on to the White House is fine.

And it’s clear the Clinton camp and the Democrats don’t want the 2016 election to be a referendum on Hillary’s role in giving us the Benghazi massacre.