The new poll is in from our friends at Triumph Campaigns. It still shows David Vitter and John Bel Edwards as the two most likely candidates in the runoff. However, it does show a little bit of a surge for Jay Dardenne. But it may not be enough to put him in the runoff.

Let’s go to the meat of the poll. 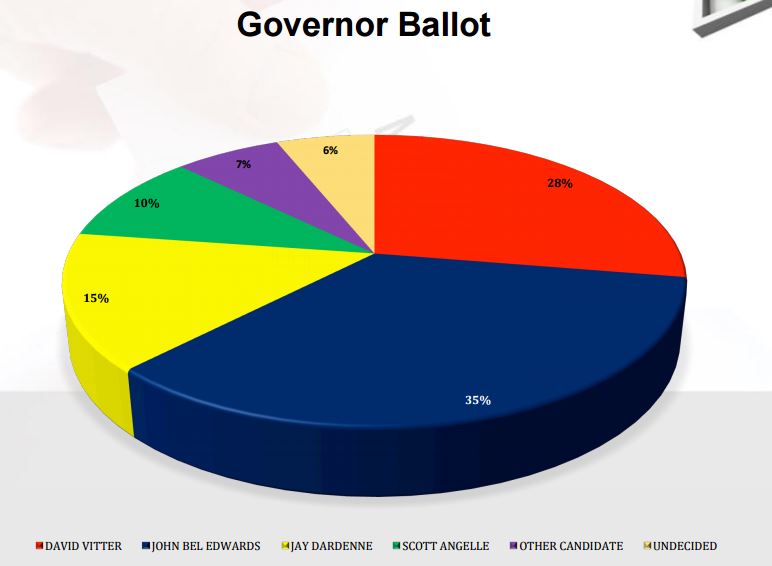 John Bel Edwards is solidifying his base. Meanwhile Dardenne has made some movement up. Everyone else has stayed steady. 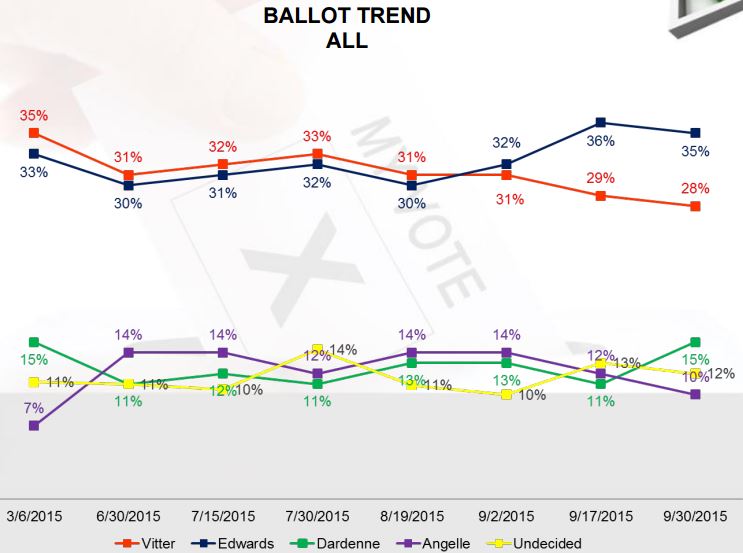 Edwards has now moved to the top. He will likely finish first if things don’t change. Vitter will likely join him in the runoff.

Here’s why Triumph believes that the runoff will be Edwards-Vitter:

Multi candidate elections are about base vote.  The two candidates with the biggest base vote move on.  Worst-case scenario for Edwards is he gets 90% of the African American vote (based on historical election returns) and 20% of the white vote (based on polling averages).  This puts Edwards’ election night ballot score at 38%.  Based on polling, Vitter can count on 40% support among white voters, which puts him at 29% on election night.

At most, Angelle and Dardenne are fighting to see if they can knock off Vitter and join Edwards in the runoff.

Moving on to the downballot races. Here’s the Lt. Governor polling: 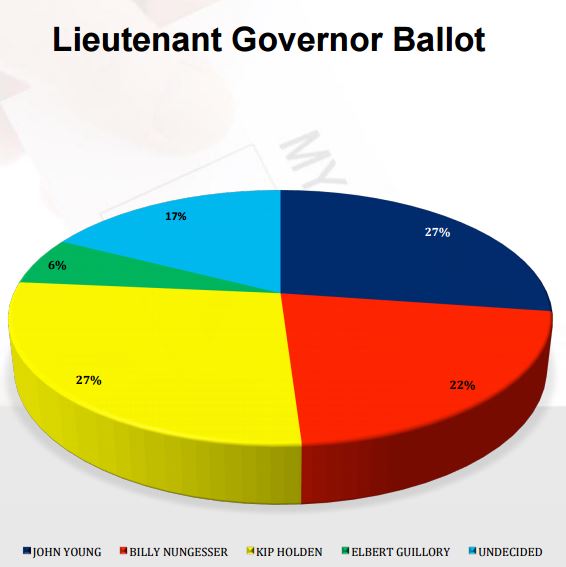 I’m still thinking it will be either John Young or Billy Nungesser to take on Baton Rouge Mayor Kip Holden in the runoff. I can’t see them both in the runoff. This is the first poll where I’ve seen Young lead Nungesser. I’m not sure if I buy it right now.

On to the Attorney General’s race. 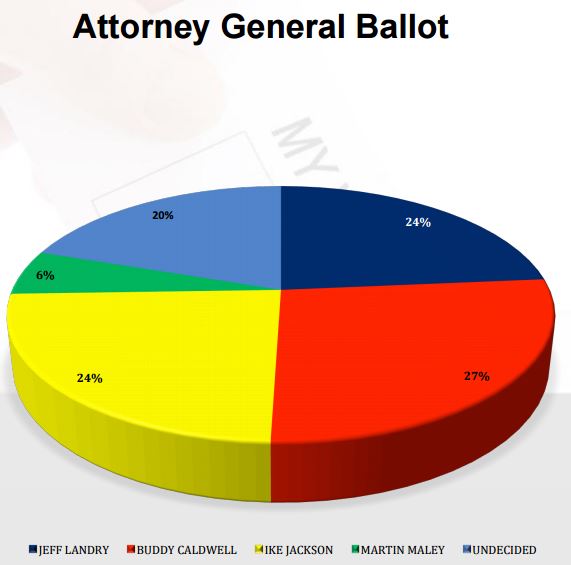 Jeff Landry’s campaign tells The Hayride that this is consist with their internal polling. They see Landry on the move and Buddy Caldwell slipping. I can easily see this a Landry-Caldwell runoff or Ike Jackson-Landry runoff. 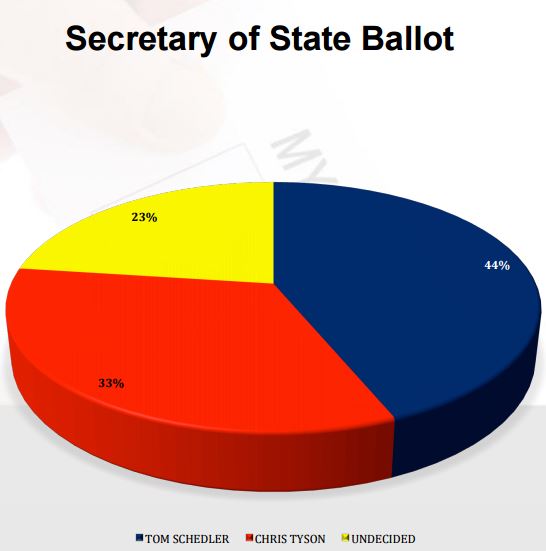 Go ahead and fork and platter Chris Tyson, he’s done. I think Schedler will get most of the undecided. Tyson only has $86,000 in the bank to wage a statewide campaign with. Schedler is sitting on over $457,000.

I would post the Treasurer’s race numbers, but that’s not really much of a race. John Kennedy is at 58% and his opponent is not seriously campaigning.