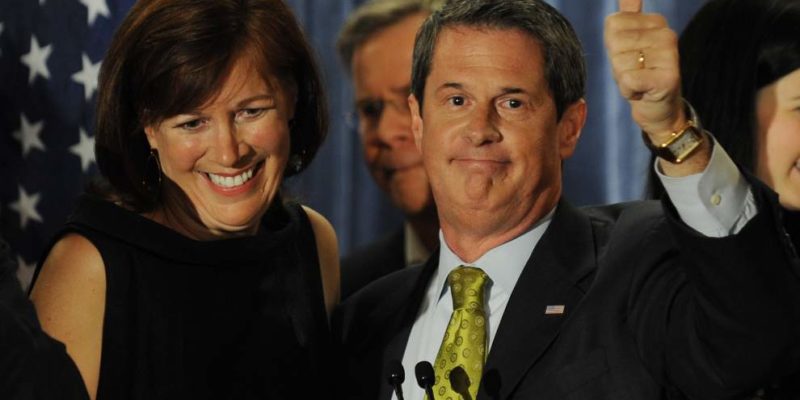 Liberals love to claim that ‘family is off limits’ when it comes to campaigning. Except if you’re a conservative, then you’re family will become the controversy.

For Sen. David Vitter (R-LA) and his wife Wendy Vitter, that came this week when the Hayride extensively reported on the process of the State Department receiving and admitting Syrian refugees into the country.

Before any other media outlet even brought up the issue of immigration and refugees, the Hayride reported on how Catholic Charities helps resettle refugees using federal grant money from the U.S. Department of State/Bureau of Population, Refugees and Migration.

Catholic Charities is a middle-man in the refugee resettlement process. They are not involved whatsoever in seeking out refugees across the world to bring into the country, they simply help refugees resettle once they have already been admitted into the country.

And since Vitter is adamantly opposed to the mass migration of Syrian refugees into the country, the media and liberals wanted to make sure that they tied him to the issue somehow, which ultimately came in the form of his wife.

Wendy Vitter works as general counsel for the Archdiocese of New Orleans.

Somehow to liberals, they take that as meaning Wendy Vitter is running the State Department operation seeking out refugees and actively promoting immigration and bringing Syrians into the country.

Take a look at some of the tweets from the media and liberals making the insane assumption that this is all Wendy Vitter’s fault: 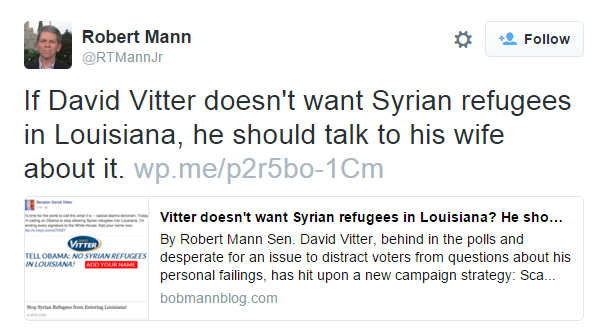 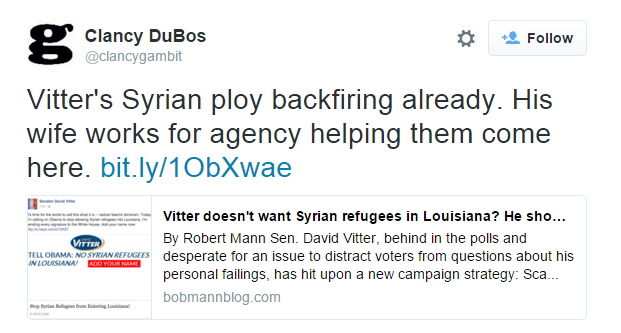 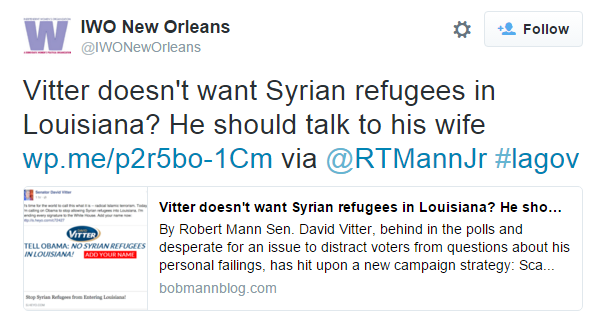 Then, liberal Bob Mann wrote a piece titled “Vitter doesn’t want Syrian refugees in Louisiana? He should talk to his wife,” where he somehow jumps to the conclusion that Wendy is basically responsible for refugees coming into the country.

If liberals and the media had a clue about the refugee and immigration issue, they would know that the general counsel for the Archdiocese of New Orleans has absolutely nothing to do with Catholic Charities helping to resettle refugees already admitted into the country by the State Department.

It’s like blaming Kris Jenner for Nicole Brown Simpson’s murder. ‘Well, Rob Kardashian represents OJ Simpson and Kris is married to Rob, so it’s her fault that Nicole is dead!’

No, that’s not how this works.

Interested in more national news? We've got you covered! See More National News
Previous Article LOGA Puts Out A Statement Laying Waste To John Bel Edwards
Next Article The Louisiana Media Wants To Tell You How Fabulous It Would Be To Have Thousands Of Syrian Refugees Here