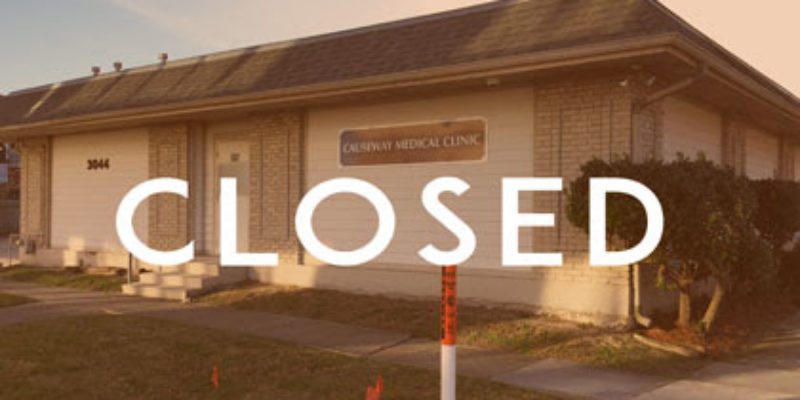 The Causeway Medical Clinic, one of the largest abortion clinics in the state has closed its doors in Metairie, at least for the time being.

For the past couple of weeks, the facility has not been open and their phones have been answered by an affiliated abortion facility in Bossier City.  The receptionist in Bossier City has stated that the facility in Metairie is “temporarily closed” and is unaware of when it might reopen, according to Ben Clapper at the Louisiana Right to Life.

Days ago, it was reported individuals were on site at Causeway Medical Clinic clearing out the building, including removing boxes, carpet, and other supplies.  Details remain scarce, however, and the facility may reopen at its current location or in another location.  For now, though, the facility has closed.

Over the years, the Causeway Medical Clinic facility has performed thousands and thousands of abortions.