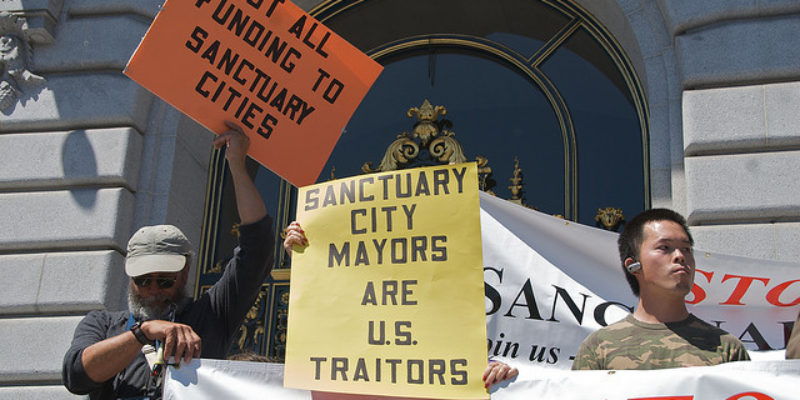 Legislation that would have banned sanctuary cities, which are cities that harbor illegal immigrants against federal law, across the state of Louisiana was gutted and essentially killed by State Sen. Danny Martiny (R-Kenner) today in a state Senate committee.

Martiny openly admitted to gutting the legislation because he said the legislation didn’t make any sense. Ironically, Martiny works closely with Jefferson Parish Sheriff Newell Normand, who got so mad about the legislation that he called it a “bullshit policy.”

Normand is a staunch opponent of banning sanctuary cities.

Normand ultimately got his way when his close ally Martiny not only gutted it, but made sure it didn’t pass out of the state Senate committee, getting a 2-2 vote.

Attorney General Jeff Landry who was working tirelessly to get the legislation passed to ban sanctuary cities across the state issued a statement, saying “I am extremely disappointed that the Governor and politicians who are aligned with him chose to confer criminal illegals more rights than their constituents, the citizens of Louisiana, enjoy.”

“Today’s action shows that the Governor and his DC-style politics jeopardize the safety of our citizens,” Landry said.

The Hayride warned last week that there was word going around about the legislation being gutted in order for it to die before it made it through a full Senate vote, where it would have likely passed.

RELATED ARTICLES ON IMMIGRATION IN LOUISIANA: