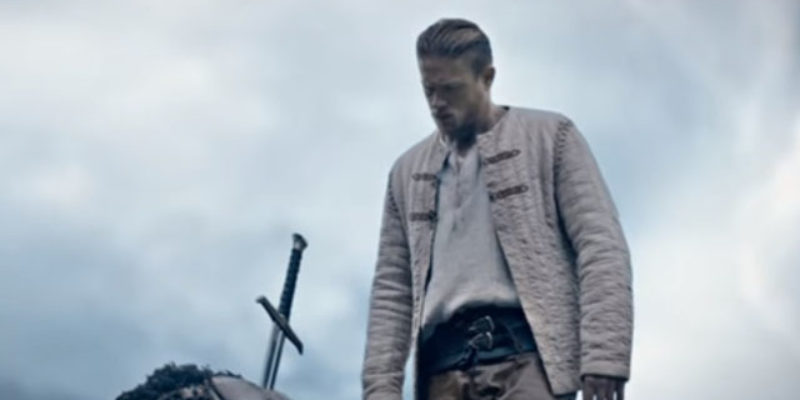 Ritchie has done some of the better filmmaking on the planet over the past 18 years, starting with his cult classics Lock, Stock And Two Smoking Barrels, Snatch and RocknRolla, and more recently progressing to the two Robert Downey, Jr.- headlining Sherlock Holmes movies.

Now, Ritchie is directing the latest remake of the King Arthur legend, which would be tired by now but for the fact that it keeps getting done over by really talented filmmakers, and it looks not only entertaining but actually quite different from the past iterations of the story.

This time, Arthur isn’t a Roman legionnaire willing to lead the locals amid the empire’s departure, as he was in the Antoine Fuqua-Clive Owen vehicle of a few years ago. Instead he’s more or less a cockney from the streets who really knows how to fight. And Ritchie’s dynamic style, with its quick-action photography and fast cuts, conveys a violent and lawless medieval England searching for the right leader to bring order from chaos…

Charlie Hunnam, who you’ll know from Sons of Anarchy, is Arthur. The rest of the cast is amazing – with Jude Law as the villainous Vortigern, Eric Bana as Uther Pendragon and Annabelle Wallis (she was Grace Burgess in Peaky Blinders and Jane Seymour in The Tudors) as Maid Maggie among them.

This thing will be out in March of next year. Which is a long wait.

Interested in more national news? We've got you covered! See More National News
Previous Article Democrats Proved Last Night Why No One Should Take Them Seriously
Next Article Who Are The Most Socially Conservative And Pro-Family Legislators In Louisiana?