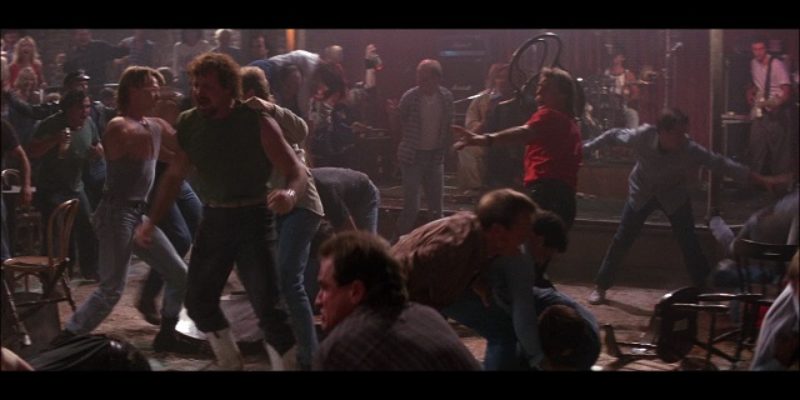 Kennedy came out with a plan a few years back supporting a state flood insurance program. Boustany’s campaign sent out a press release that featured quotes of think tankers and legislators calling it a terrible idea. One of those quoted was State Sen. Blade Morrish.

The Kennedy campaign contacted The Hayride with another quote from Morrish on Kennedy’s insurance plan.

But the chairman of the Senate Insurance Committee, Sen. Dan “Blade” Morrish, said Kennedy’s concept was a strong starting point for discussion. He said such a program could possibly be an arm of the state-run property insurer of last resort, the Louisiana Citizens Property Insurance Corp.

“I think that’s a really good place to start. I wish I had thought of that. I’m not sure it would work, but it’s a good conversation,” said Morrish, R-Jennings.

Morrish said state officials would need to look at whether a state-run flood insurer could keep premiums lower than the federal flood program while also ensuring the company has enough money to pay the claims.

Time and again Rep. Fleming has voted to defend flood victims.  Nothing would have stood in his way of supporting this bill.  Sadly the same can not be said of Charles Boustany.”

What exactly is the Fleming campaign talking about? Here’s what they say:

In his new ad, Rep. Charles Boustany claims he supported “good flood insurance,” but he missed a critical vote to support the Grimm-Cassidy Homeowner Flood Insurance Affordability Act (H.R. 3370).  This was the most important vote the U.S. House has ever taken to ensure affordable flood insurance.  Rep. John Fleming proudly voted in favor of H.R. 3370.

Rep. John Fleming has worked in a bipartisan fashion with his colleagues to engage the Obama Administration and his counterparts in the United States Senate to ensure that Louisiana flood victims receive fair treatment and access to the best available flood insurance protection.

Charles Boustany also voted for the Cassidy-Grimm Amendment in 2013. But Boustany did not vote for Bill Cassidy’s flood insurance bill in 2014 just as Fleming claimed.

Flood insurance is set to be a major issue in the aftermath of the Louisiana floods. So expect the Senate candidates to continue to beat each other up on the issue.