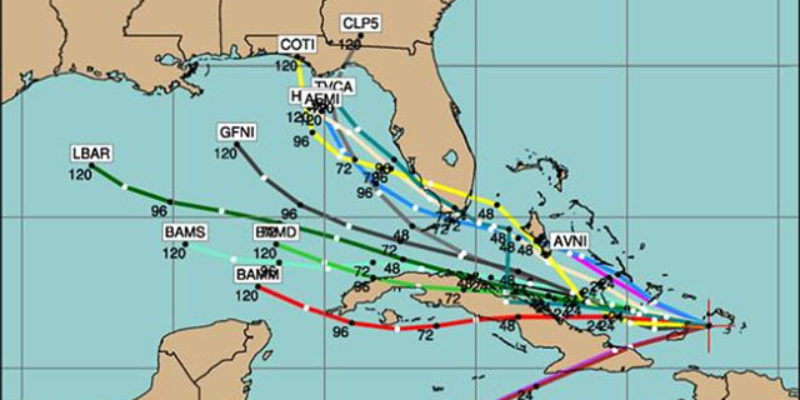 “That thing” being Invest 99L, the disturbance which is making its way westward over Puerto Rico and at some point could turn into Tropical Storm (or even Hurricane) Hermine in the next few days. Grymes, Louisiana’s state meteorologist and the senior weatherman at WAFB in Baton Rouge, just put this bit of information out on Facebook a few minutes ago…

Thursday 4:45pm CDT:
It’s a rather unimpressive 99L … no convection anywhere nearby as the swirl tracks to the west.

Computer model runs today are suggesting a westward shift to the forecast track of poorly-defined 99L compared to yesterday. Unfortunately, our confidence is low on exactly what 99L is going to do. The tropical wave is a broad looking mess right now with the best-guess low-level circulation well apart from any regional convective action. And 99L is in an environment that is unlikely to allow much development anytime soon.

Of course, in many ways that’s good news. On the other hand, a less-organized tropical wave is more likely to continue along a more westerly track and head towards the eastern and central Gulf of Mexico.

The National Hurricane Center has lowered the potential development for 99L slightly, dropping it to 40% over the next two days and 70% over the next five days. That is a clear reflection of the lack of organization in the present state of the disturbance. However, the threat that 99L gets into the eastern Gulf is now greater than ever … and that’s getting everyone’s attention along the central Gulf Coast.

Stay with the WAFB First Alert Storm Team over the course of the next several days as we keep an eye on 99L for you. In the meantime, over the weekend, we recommend that you give some thought to how you would respond should a ‘named’ tropical system (Hermine) head our way. The chances that a tropical storm would reach Louisiana are still on the low side at this time but it’s something you should at least start thinking about as we head into the weekend and around the corner into next week.

Over the past day lots of Louisianans have been absolutely freaking out over the possibility that a Hurricane Hermine could smack into the Louisiana coast around the middle of next week, and it’s been the subject of considerable angst that we could follow up the flooding of earlier this month with more – and with storm surge and wind to go with it.

So Grymes’ overall message is a fairly optimistic one. This doesn’t at this point look like a monster hurricane bearing down on us.

Grymes also posted some storm-track models for this thing… 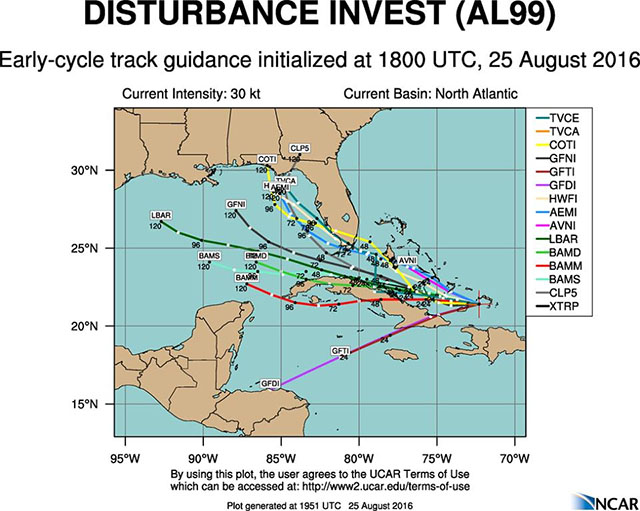