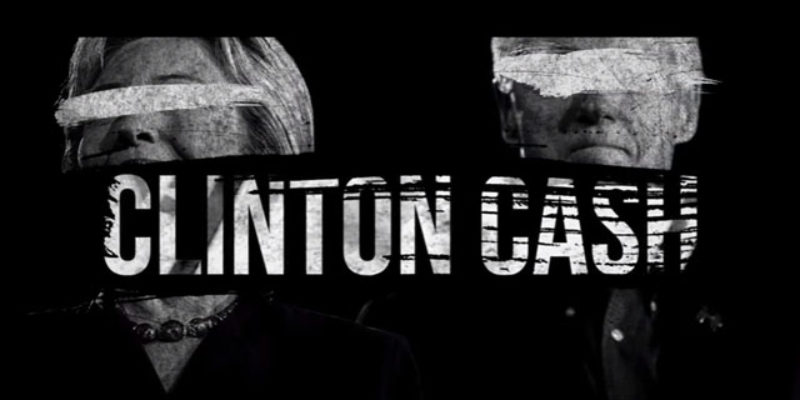 The more we find out about the Clinton Foundation, the more obvious it is that it could well be the most egregiously corrupt enterprise in American political history.

So maybe now would be a good time to have a look at Peter Schweizer’s documentary film Clinton Cash, based on the book he wrote detailing just how rotten the Democrat nominee’s history really is.

The Clinton Foundation is in the news a lot lately, as there are more and more revelations proving that, essentially, Hillary operated with a private e-mail server for the purpose of concealing the fact that she was running a pay-for-play scam whereby if you were a Clinton Foundation donor you had access to American foreign policy through her position as Secretary of State.

It’s also in the news for the announcement that should Hillary win, the Clinton Foundation would no longer take foreign donations. Which is a fairly brazen signal that if you want to purchase a president of the United States for your own purposes as a foreign potentate or corporation, the deadline is Election Day. The Presidents’ Day sale at the local furniture store ends at the end of the holiday, after all, so you’ve got to buy that new sofa within the window of time allotted if you want those savings.

Clinton Cash is perhaps the best presentation of the full scope of her corruption, and what America is in for should she win.

And yes, it’s frightening. We are looking at four years as a banana republic starting in January.