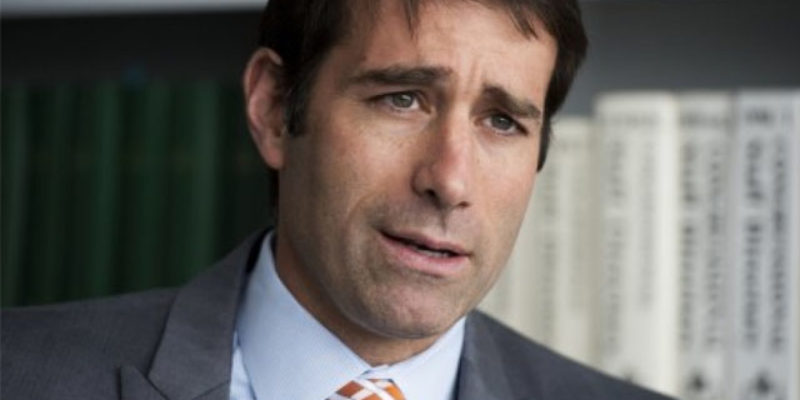 Congressman Garret Graves (R – Baton Rouge) today was named Chairman of the House Transportation and Infrastructure Subcommittee on Water Resources and Environment, which oversees water resources development and regulatory programs administered by the U.S. Army Corps of Engineers and the Environmental Protection Agency (EPA), along with other agencies and water-related programs. As Chairman, Graves will play an expanded role in shaping legislation to limit the scope and economic damages of agency regulations, shorten the time it takes for projects to be completed and bring efficiency to how the government works.

The Subcommittee on Water Resources and Environment will translate the Trump Administration’s proposed Infrastructure Package into legislation in the coming years, particularly with respect to bridges, flood protection, ports, waterways and coastal restoration.

“We are all-in with the new Administration’s focus on modernizing our country’s infrastructure – but until you reform the current regulatory climate, you can’t do infrastructure,” said Graves. “Untangling the decades of bureaucracy and the culture of delay within the Corps, EPA and other agencies will take time, but we’re committed to helping lead the transformative change that has to occur to fix what’s broken in government operations. We’re going to work toward making Louisiana’s coast and the state’s need for hurricane and flood protection a case study on how it should be done – instead of another story of government failure.”

Graves, who recently finished his second year serving in the House of Representatives, has more than 20 years of experience working on water resources issues. In addition to his policy expertise and years of private sector work, Graves served as Louisiana’s Chairman of the Coastal Protection and Restoration Authority (CPRA) where he managed for the state one of America’s largest civil works programs in history and successfully streamlined government while boosting its productivity. Under Graves’ tenure, Louisiana constructed more flood protection infrastructure and restored more miles of coastline than at any other period of time in the State’s history.

“The stupidity of spending billions of dollars after disasters instead of millions on prevention beforehand has to end,” Graves continued. “In the decades it takes the Corps to study projects, homes and businesses flood, vulnerable coastal communities disappear and taxpayers’ dollars are completely wasted. It’s time to partner with the private sector and turn dirt instead of talking and ‘studying.’”

“Garret is a dedicated and knowledgeable member of the Transportation and Infrastructure Committee, and I’m excited about his addition to Committee’s excellent leadership team.  I look forward to getting to work on our agenda to help build an American infrastructure that is prepared for the challenges of the 21st century, and Garret’s work as the Water Resources and Environment Subcommittee Chairman will be instrumental to our efforts,” said Transportation and Infrastructure Committee Chairman Bill Shuster (R-PA).

Issues and agencies under the jurisdiction of the Water Resources and Environment Subcommittee include:

The first item on that bullet list is the one which really matters; Graves is essentially the Corps of Engineers’ boss at this point, and that’s not a particularly convenient thing for the Corps based on his displeasure with their performance to date. He’s also in a position to weigh in on the EPA’s Waters Of The United States (WOTUS) regulations, which for farmers and land developers in Louisiana are all but a death sentence in terms of making any sane economic decisions. Not to mention the subcommittee’s role in coastal restoration, which is Graves’ single most passionate pursuit as a government official.

It’s going to be fun to see how he does as the chair of that committee. Graves is only in his second term and he’s already running the show at perhaps the single most important sub-body within the House of Representatives in terms of the issues he pledged to be consequential dealing with. At this point it’s fair to say he’s on a fast track, and Louisiana could benefit greatly.

Interested in more national news? We've got you covered! See More National News
Previous Article ONOZ! Rex Tillerson’s Nomination Is Opposed By…The Friends Of The Earth
Next Article Have You Seen The Video Of The DNC Chair Candidate Who Says Her Job Is To “Shut Other White People Down?”