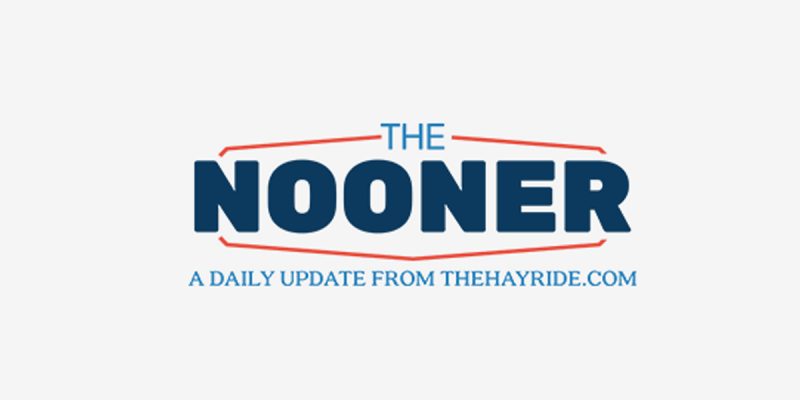 A lot of you have asked about The Nooner, our daily e-mail newsletter which hasn’t quite been so daily of late, and after a long hiatus I have a progress report of sorts to pass along which I hope will soothe your souls.

Namely, this afternoon the first edition of the Nooner since December of last year rumbled off the assembly line and hit some of your e-mail inboxes.

If you didn’t see it, it looks a lot like this. In fact, if you’re looking for a simple, no-nonsense layout for the site that avoids all the cool layout it currently has and gives you a chance to scroll down through headlines from the last several days, go ahead and bookmark that link. Or if for whatever reason you don’t see the Nooner in your e-mail going forward, that’s the link to go to and see it.

We love the current setup for it. With our old Nooner, we had to actually “write” it, by copying headline links off the site and editing the HTML code before pasting it into the e-mail blast platform. It was drudgery. With this, it’s a copy and paste from the link above and a quick typing of a subject line, two clicks and go.

And I owe you guys an explanation for the hiatus and the change. As it happens, with the old Nooner we had a good deal that ultimately fizzled – we were part of an e-mail consortium that an e-mail marketing company put together to sell third-party e-mails through.

Those of you who’ve been around a while will remember those. The Lamar Whites of the world used to act like it was the end of the world when some of those third-party e-mails would go out to the Nooner list selling all the kinds of things third-party e-mail ads sell, like nutritional supplements Lamar went around screaming were “fake steroids” or whatever, but at the time those e-mails were worth the trouble since they generated enough cash to keep from having to set up a paywall and sell subscriptions to the site. The proceeds from those e-mails both paid for the sending of the Nooner plus a nice little profit.

Except for a number of reasons the profits ultimately dried up last year, and the consortium ended up going out of business in December.

That left us with a choice. We could go back to sending the Nooner out through Constant Contact, which we had used back when we first started sending it in 2010, or get a MailChimp account to do it, or we could wait and rebuild it using the Hayride’s server. We opted for the latter, and the experts told us the worst thing we could do under those circumstances was to pursue an interim solution – having the Nooner hit your e-mail from three different servers in five months was a perfect way to have it get caught in everybody’s spam filter. So we made the decision to bite the bullet and wait on bringing it back until now.

And in the interest of avoiding our subscribers’ spam filters we can’t bring back the entire list all at once. So today it went out to 1,000 subscribers, and it’ll go out to about 3,000 tomorrow, and increasing back up to the full 30,000 membership over the next week or two. And with a very few exceptions, you won’t see third-party e-mails anymore. The Nooner will have a couple of ad spaces in it, and that will be how we monetize it and make sure it pays for itself, but that’s all.

I would love to tell you that if you want to accelerate getting yourself added to the list, but we’re dealing with another problem. Which is that we’re concerned that the new database isn’t connecting properly with the sign-up forms either at the Hayride’s Facebook page (which if you haven’t followed yet is a mistake you should rectify; go find it here and “like” it) or here on the site, something we’re working on at present. When we’re satisfied that glitch has been worked out, we’ll let those of you who want to receive the Nooner know when to sign up (hopefully by Wednesday of this week).

But the big news is the Nooner is back, and if you’re a subscriber to it you’ll see it in your inbox shortly if you haven’t already.

Interested in more national news? We've got you covered! See More National News
Previous Article One Man Is On A Mission To Improve New Orleans And Troll Mitch Landrieu All At The Same Time
Next Article Fagan: Your Tax Dollars At Work/Racial Segregation Linked To High Blood Pressure