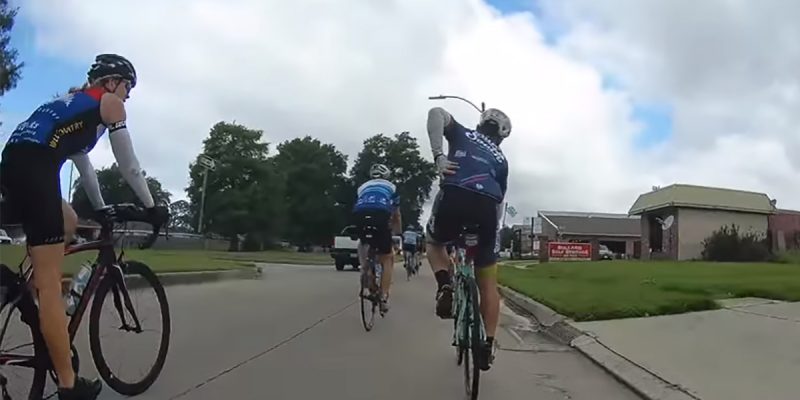 While the murder rates in New Orleans and Baton Rouge have skyrocketed this year, for the most part they’ve largely been assumed as confined to gang wars and disputes between hardened criminals yielding to predictable results. Those remain the core circumstances driving the large increase of shootings.

But a couple of examples this weekend show that it isn’t just a series of gang wars and villains reaping what they’ve sown driving all the shootings. It’s a lot worse than that.

Bryant Lee was, by all the accounts we’ve seen, a good kid who had almost made it through high school without getting swallowed up and crushed by the murder culture which dominates in North Baton Rouge. He’d even survived getting hit in the leg in a drive-by shooting six months ago, just after playing his senior season as McKinley High School’s quarterback. Lee was on his way to Southern University, where he was going to walk on and continue his football career.

And yet the culture of gangs, drugs, shootings and thuggery got him after all. It’s an outrage, but no one seems to have a clue how to stop it in the community where it metastasizes.

Much of the time it’s not exactly like the movies when you get shot, as this cyclist found out. Bullard Avenue is in New Orleans East, which is probably the best part of town for an activity like bicycling; there are wide boulevards not jammed with cars and there aren’t street lights every couple of blocks. Unfortunately, New Orleans East is also a part of town which used to be middle class and relatively safe but is no longer that. Now it’s increasingly becoming like the south side of Chicago, where violent crime rages out of control.

The cyclist, a 49-year old oil industry consultant named Christopher Weiss, was with the Semi Tough Cycling Club, a group which meets in the city’s central business district and peddles a 60-mile route to Chef Menteur Highway and back through some of the city’s worse neighborhoods. The bullet lodged in soft tissue in the small of his back and missed his spine.

There may be some nerve damage with some “leg mobility issues.” The doctors hope the effects are temporary. At this stage, he said, the doctors don’t intend to remove the bullet.

In addition to the physical damage, Weiss said, he’s suffering a sense of dread.

Weiss, who has a young son, said his wife has forbidden him from more bicycling. The incident wasn’t Weiss’ first run-in with criminal activity while cycling. He said he once had someone attempt to mug him while he was riding, bloodying his ear.

Weiss said he has not yet been contacted by the New Orleans Police Department, and he’s not sure where the shot came from. There was a passing truck at the time of the incident, but Weiss said a fellow cyclist’s camera seems to indicate that wasn’t the source of the shot.

Thankfully, it appears Weiss was wrong in concluding he was the victim of a sniper attack. Rather, he just caught a stray bullet at random from one of the typical shootings which goes on in lots of the Big Easy’s crappier neighborhoods…

A man was wounded during a shooting Saturday evening (May 13) in the Little Woods neighborhood of New Orleans East, according to the New Orleans Police Department. The shooting happened at the intersection of Bullard Avenue and Hayne Boulevard.

Police did not indicate the victim’s condition in a news release issued at 7:10 p.m. No additional information was immediately available.

This episode, which was by the grace of God not fatal, just shows there are bullets flying everywhere in New Orleans and almost any activity can result in getting hit by one.

And no, it’s not that guns are the problem. It’s that there are people willing to shoot them wildly at each other in order to resolve stupid disputes, and that there is a culture present in our cities which finds this acceptable. Either that culture is vanquished through leadership within the communities in which it thrives, or it will kill the cities those communities are contained in.

It’s time for that leadership to emerge. No more cowardice, no more opportunism, and no more blame-shifting is acceptable.

Interested in more news from Louisiana? We've got you covered! See More Louisiana News
Previous Article One Man Is On A Mission To Improve New Orleans And Troll Mitch Landrieu All At The Same Time
Next Article We Should Talk About This Crazy Jim Beam Column Bashing LABI And AFP…