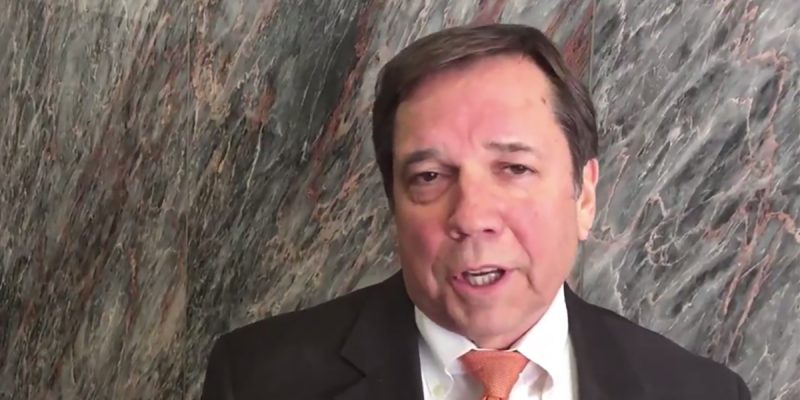 …because it was really something to see when it hit the Lake Charles American Press website Thursday and caused something of a stir among the crowd at the state capitol. Not that a Jim Beam column is going to particularly move the needle, mind you – Jim Beam is increasingly out of touch with the mainstream among the conservatives he’s billed himself as, and since the effective excommunication of Jay Dardenne, Beam’s best current connection to state politics, from the GOP he’s become increasingly hostile to the party and the conservative side of the political fence.

But this was about as clean a break as anybody could make. The piece, decrying the refusal of Republican legislators on the House Ways and Means committee to approve tax increases Gov. John Bel Edwards wants, reads like the rant of a spoiled brat child who’s been told he won’t get the G.I. Joe with the kung fu grip for his birthday.

The opening gives away the game…

Republicans on the House Ways and Means Committee, where tax bills have to begin their trek through the Louisiana Legislature, are ready and willing to do the bidding of the Louisiana Association of Business and Industry (LABI) and Americans for Prosperity.

Corporations and the wealthy enjoy major tax breaks while individual taxpayers bear an unfair share of the state tax burden. Americans for Prosperity, which opposes taxes of any kind, receives much of its funding from the Koch Brothers, two of the wealthiest men in the country. They helped the tea party movement flourish during its heyday.

Conservative Republicans live in constant fear that Americans for Prosperity will blackball them when the next legislative elections roll around. Some of them are quick to change their votes in the House when bombarded with emails from the organization.

What’s funny about this is the Ways and Means Committee is chaired by a Democrat, Neil Abramson, and Abramson isn’t particularly afraid of AFP at all. Abramson happens to have a bit of animus toward John Bel Edwards, though, for lots of reasons, and Abramson despite being a Democrat is something of a fiscal conservative who isn’t particularly fond of the idea of tax increases after letting almost $2 billion of them flow through his committee on the way to passage last year.

Ditto the Republicans on the committee Beam has declared war on. It isn’t like they need AFP and LABI pressuring them not to raise taxes – pretty much every Republican in the House and even a few of the Democrats already decided they’re more interested in cutting the state’s budget than raising any more taxes.

And with Louisiana’s economy sitting in the doldrums while Texas kicks the state’s ass as though it was LSU playing Dunham High School on the football field, they’ve also come to the conclusion that it might not be a good idea to impose a larger tax burden on businesses.

Jim Beam then says the legislature’s goals looked an awful lot like Edwards’ goals. It’s not clear which legislators he talked to, because he’s flat-out wrong.

Legislators at the current session had three major goals — reform the state’s budget and tax systems, reform the penal system and raise revenues to avoid a $1.3 billion fiscal cliff on July 1, 2018, when temporary revenue raising measures that were enacted last year expire. None of the three goals appear to be even close to being achieved with the session’s June 8 deadline fast approaching.

Edwards wants to “reform” the budget and tax systems, but the House Republicans have seen his prescriptions for that reform and there’s a considerable sentiment along the lines that passing any major changes to the way the state runs its fisc when one of the most Hard Left politicians in the history of the state sits in the governor’s mansion is a fool’s errand and will go badly. As for reforming the penal system, sure – there is sentiment for that, but given the explosion in the murder rate in New Orleans and Baton Rouge this year, among other Louisiana cities, it’s not something you hear a ton of enthusiasm for.

And raising revenues to avoid the fiscal cliff? Not so much. Freeing up dedicated funds has support, but there are more than enough House members to kill pretty much any tax increase that would close that gap. If anything, the most likely idea would be to extend the sales tax increases passed last year until a new governor would take office in 2020.

So here comes Beam to take up the cause of one Rob Shadoin – who is the leading RINO in the House, who endorsed Edwards in 2015 and was on hand at his victory party on election night and who has virtually zero allies in his party at the Capitol – because Shadoin shockingly couldn’t get much support for a business tax increase. It’s Shadoin in the photo above, as he was in the hallway after the committee proceedings trashing the members for not wanting to savage the state’s economy by passing his bill.

The Ways and Means Committee Tuesday rejected an income tax proposal that could have reduced taxes for 90 percent of Louisiana households. Voters would have had the last word about whether they wanted to trade a deduction they enjoy for lower income taxes.

Rep. Rob Shadoin, R-Ruston, one of the few Republican lawmakers willing to work with Democrats, sponsored four bills aimed at overhauling the individual and corporate income tax systems. One of his measures provided the tax break for 90 percent of taxpayers. Those making more than $140,000 per year would have paid more.

The committee rejected the latter bill with an 11-7 vote.  The 11 were all Republicans, and they included Rep. Stephen Dwight, R-Moss Bluff. Rep. Chris Broadwater of Hammond was the only Republican voting for the bill.

Shadoin said after the vote, “I’m not sure what we’re doing here. Today’s message to me is that we can kiss tax reform and budgeting reform goodbye for this session. We all knew coming into this session what we needed to do — restructure the broken tax system.”

What Shadoin was trying to do was one of the major recommendations of a task force that studied budget and tax reform for a year. Unfortunately, the legislation also had the support of Democratic Gov. John Bel Edwards. The entire state Republican Party apparatus has devoted its full resources to a concerted effort to deny the governor, a decent man who wants only the best for his state, a second term in 2019.

That’s more or less the substance of all this, other than a few more whoppers like “The entire state Republican Party apparatus has devoted its full resources to a concerted effort to deny the governor, a decent man who wants only the best for his state, a second term in 2019.” Exactly how is that supposed to build credibility for Beam’s arguments?

Then he takes up the cause of Kenny Havard, who tried to jack business taxes up by more than $200 million a year and stupidly proceeded to get into a personal spat with AFP Louisiana’s director John Kay at the committee hearing, which gave the members the heebie-jeebies and made even those Democrats who might have supported the idea run for the hills. It was a stunningly bad bit of legislating, given that Kay had made decidedly positive statements about the bill earlier before seeing that fiscal note and the massive tax increase it represented. Havard, who’s best known for a half-assed and poorly-conceived, if correct in spirit, attempt to protest last year’s “stripper bill” at the legislature which got him branded as the leading misogynist at the Capitol, has made himself notable in his struggles with the legislative process. A good legislator would have pulled his bill or at least ratcheted down the rate of the corporate flat tax it would have imposed while getting rid of exemptions and credits, rather than suffer the ignominy of an 11-2 vote to kill it, once that fiscal note hit.

But Havard didn’t. And that makes him a swell guy in Jim Beam’s book.

It’s really amazing how the governor’s failure to find people who agree with what he wants to do, and the failure of his friends in the legislature to move the chains for him in that regard, is put down by legacy media types like Jim Beam as the fault of everybody else. You’d think in the second year into Edwards’ time in office it would be his responsibility to find out what the legislature is interested in passing and pursue those things rather than marching Shadoin and Havard up a hill into machine-gun nests, and you’d think a Jim Beam would hold him to that responsibility.

But you’d be wrong.

Interested in more news from Louisiana? We've got you covered! See More Louisiana News
Previous Article The Shootings In NOLA And BR Have Become Bizarre In Their Frequency
Next Article The New York Times’ Failed Attack On The Anti-Tax Counties Of Southwestern Oregon