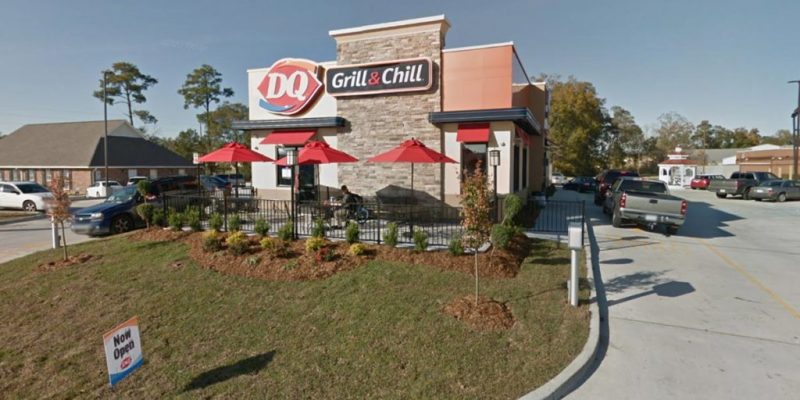 This weekend several employees at the Hammond Dairy Queen started shouting they “hated pigs” and “all cops are crooked” while two Tangipahoa Sheriff’s deputies waited at the counter for their food.

Witnesses say the two Sheriff’s deputies asked for their money back after being insulted and left. Credit the deputies for acting professionally and not making a scene. But such is the life of a cop. Take unwarranted abuse while remaining stoic, calm, and unaffected. It can be one of the most under-appreciated professions going.

Witnesses say after the deputies left they overheard the manger tell the obnoxious employees to keep their comments to themselves. One of the witnesses posted on their Facebook page,

“This was totally wrong. If  the store was being robbed or a fight broke out they would be the first to call the police for help. This was totally uncalled for and the deputies kept it professional and just left. “

On Monday, Dairy Queen fired the birdbrained employees posting on its Facebook page,

“We are aware of the incident that took place this weekend in our Hammond store. The employees involved have been terminated. We do not tolerate any derogatory behavior towards officers or any customers.”

On Wednesday Dairy Queen plans a “Law Enforcement Appreciation Day” giving free meals to all uniformed officers. As well they should.

I’ve been on a number of police ride-alongs through the years and I can tell you first-hand cops have it rough often finding themselves yelled at, spat upon, and called the nastiest of names. Most of us would lose our cool. They have to put up with drunk, angry, stupid, obnoxious, people who often hate them. Not to mention the danger they face every time they put on the uniform and go on patrol. You would think cops could get away from all that once a day and enjoy a nice sit-down meal at their local Dairy Queen.

The sad thing is these empty-headed DQ employees are not alone. Left-leaning politicians and their buddies in the media push the obscenely ridiculous narrative that most cops are racists and out to kick the ass of anyone who is not white. Race-baiters, like Barack Obama and Mitch Landrieu love to fire up those who believe they are victims of a bigoted society ruled by white privilege. That and global warming is practically all they talk about.

The truth is having locals cooperate with police is the most effective way to clean-up crime-ridden neighborhoods. Yet many in these neighborhoods see cops as the problem. How foolish, deadly, and self-destructive. The anti-cop mentality makes bad neighborhoods even more dangerous and those who dupe their followers into believing the self-serving, vote-getting, narrative have blood on their hands.

It’s so easy to deceive people when they believe they’re a victim.

Yes there are bad cops just as there are bad apples in every profession. But so many now see police brutality as a bigger problem and greater threat to their safety than the thugs and gang-bangers shooting up their streets. How irrational! Their obvious blindness is glaring! They’ve come to believe the complete opposite of what is true and real and many of them end up paying for it with their lives.