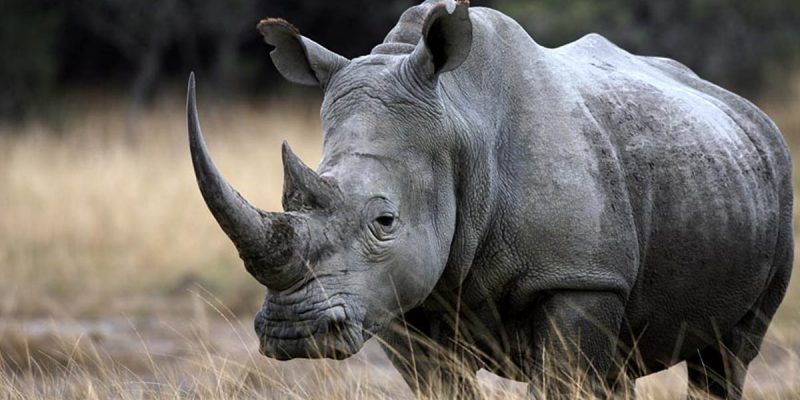 I recognize that this morning I’m doing a lot more asking of questions than answering them. Not long ago I would have had a fairly clear opinion on that red-hot ad in the Georgia congressional race, but now I’ve got to confess I don’t really know what I think about it. It’s been five days since Steve Scalise, who I consider a personal friend and one of the friendliest, most personable people I’ve ever met, was almost killed by someone who thought it was OK to murder people over political disagreements, and as we’ve documented here there are millions of people who aren’t ashamed to say they’re glad about it.

Which tells me I may have to completely reset what I think is the proper way forward in politics. We may be watching what has been a Cold War between the Left and everybody else in this country turning hot. We had a list of violent acts committed by the radical Left, and so did the Daily Caller; read together, a pattern emerges which is frankly impossible to ignore. Things are devolving.

So I’m not sure what that does to my worldview.

The position I settled on in my American Spectator column last week is that President Trump needs to clamp down on the political violence on the Left, and in so doing likely forestall reprisals from the Right, by getting off his rear end and staffing up the Justice Department with stone cold killer prosecutors who will fight this Cold War in courtrooms with corruption and RICO cases against the people who are encouraging the violence. But I’ve never had enormous faith in Trump’s ability to govern effectively, and little in his first six months in office has made me change my mind.

Which means if the current political climate is to be improved, it’s going to take local action to punish the Left for its movement toward turning our streets into the blood-soaked political swamps of Weimar Germany. I agree with that, and I’ll advocate for it.

But closer to home, two things happened which make one wonder if keeping the fight between the guardrails of politics and policy is even worth our time. They both happened on the same day Scalise was shot – and everybody involved knew he was in the hospital undergoing surgery.

First was the betrayal in the Louisiana House of Representatives of the majority GOP position on the budget. Ten Republicans – Chris Broadwater, Bubba Chaney, Pat Connick, Johnny Guinn, Kenny Havard, Tanner Magee, J. Rogers Pope, Rob Shadoin, Joe Stagni and Julie Stokes – voted “yes” on an amendment brought by Gov. John Bel Edwards’ floor leader in the House Walt Leger to blow up the Republican position. The majority had stood behind the idea of a “standstill budget,” namely one which spent what the state spent last year after it had to make mid-year cuts, and held back some spending as a safeguard against the overwhelming likelihood that the Revenue Estimating Conference will have turned out to be over-optimistic in its revenue projections, and Edwards had not only rejected that budget but he engaged in a series of truly objectionable tactics in order to destabilize the House. Those included a series of attacks on Speaker Taylor Barras in the media, and even an attempted coup to take him out of office.

And what was worst was the finale on Wednesday. When Scalise was shot, House Appropriations Chairman Cameron Henry, who is a close friend of the Congressman and who served as his legislative aide when Scalise was a state representative in the seat Henry currently holds, got on a plane to Washington to be with the family amid their emergency. Accordingly, Henry wasn’t there when Leger brought his amendment to the budget and Henry was not able to carry the argument against it. It was a particularly dirty bit of opportunism on the part of Edwards and Leger, and as such someone might be thoroughly justified in equating them with the trolls on the internet expressing glee at Scalise having been shot – the trolls merely pleasured themselves by sharing stupid memes and uttering awful sentiments, while Edwards and Leger actually used the opportunity to move the needle to the Left.

That was Wednesday afternoon. On Wednesday night, the Baton Rouge Metro Council met, and two Republican members of the Metro Council – Trae Welch and Barbara Freiburg – voted in favor of levying some $8 million in taxes to fund the completely corrupt and horrifically partisan East Baton Rouge Council On Aging. That $8 million levy was authorized by the voters last fall in a razor-thin election which was quite obviously tainted by irregularities found by a legislative audit; specifically that COA funds were used for the purposes of electioneering in violation of state campaign laws.

Given those deficiencies and the multiple others found as EBRCOA’s dirty laundry has spilled out onto Baton Rouge’s streets, it was a fairly obvious position for the seven Republicans on the Metro Council to take that no money from that authorization should be levied until sweeping personnel changes and additional safeguards should be put in place at that agency. That’s the position most of the Republicans took, and it’s certainly the position Scalise would have taken were he involved in the discussion. But Welch and Freiburg, who ran for office as Republicans and, presumably, conservatives, caved right in with just a little bit of heat on them.

I was commiserating on Friday with a friend who’s in politics about the Scalise shooting and the bad behavior of so many Democrats who are gleeful. And he said something which has really gnawed at me all weekend. “Scalise is literally fighting for his life because of his beliefs,” my friend lamented, “and these a-holes can’t vote the way they campaigned because of outside pressure.”

Factually, I would say that’s an accurate statement – and particularly in the case of those legislators who allowed Edwards and Leger to profit off Scalise’s misfortune, Wednesday’s actions might constitute a breach of faith which perhaps can’t and shouldn’t be repaired. I don’t know that I’m comfortable with going that far in demanding Republican politicians adopt a level of militancy to match that of the Left, though, because I’m not sure where that leads. I don’t know that we should wave Scalise’s bloody shirt around as a means of enforcing ideological discipline.

But I will say this – it’s more than a little disturbing to see, as my friend noted, that while Scalise was at death’s door because of his political beliefs some of his fellow Republicans were perfectly willing to let the other side exploit those events for their benefit. Whether that’s used against them or not, we shouldn’t be where we are.

Interested in more national news? We've got you covered! See More National News
Previous Article Question To The Folks: Does This Ad Help Or Hurt The Conservative Cause?
Next Article Where Will Hurricane Season’s First Louisiana Storm Land?