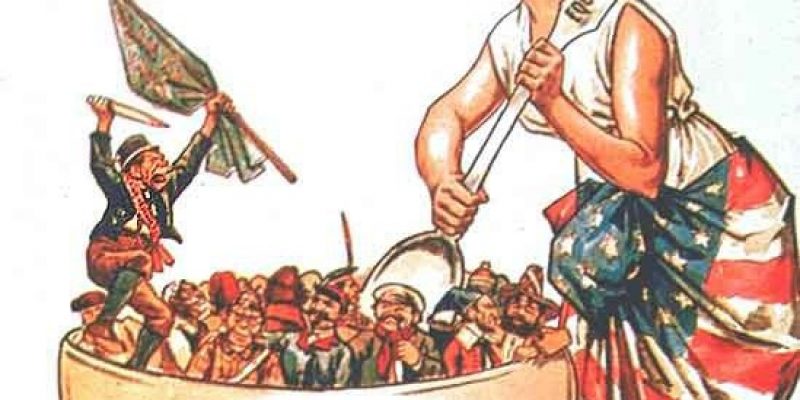 It’s no secret that the European borders are pretty fluid, and their gun control laws are essentially the strictest in the world – a fair illustration of what the American left wants for our country. But when it comes to radical terrorism, it’s not exactly paying off, is it? In the past few years, the world has witnessed several tragedies in Europe. France, Belgium, Sweden, Germany, and the UK have all suffered mass casualties to terrorism. The most recent attacks in the UK and France have left many Americans questioning whether or not this country, the greatest cultural melting pot in world history, could be next, and we very well could be. The Hayride has already touched on the wake-up call the West needs to acknowledge.

Now, let it be clear that there is nothing wrong with accepting other cultures. We absolutely should. After all, America proudly refers to herself as a melting pot. But that’s just it: in order to be a melting pot, we have to melt. Those we welcome into our country must be willing to assimilate.

Many people become defensive when they hear that word, “assimilate,” because they must not quite understand what it means. It does not necessitate stripping anyone of his or her heritage. It does not mean that we who use it believe we are superior, nor does it mean that we are trying to turn immigrants into people exactly like us. By the same token, immigrants should not expect to change our country to the one they left. If that’s the case, why not just stay home? Assimilating simply means that those emigrating have to be willing to accept our Constitution, some or most aspects of our culture, our language – all while contributing some of their own culture to ours.

The problem we face today is that the incessant obsession with political-correctness and multiculturalism seems to have led us down a path to a place we don’t want to be. We’re losing a game of tug-of-war. If we should accept those of various origins, shouldn’t they accept ours in return? Unfortunately for some immigrants that is not the case, and it’s not far-fetched to say that it’s some of these people who are responsible for the terrorist attacks that the Western world has recently endured.

Surely, there are plenty of families and individuals who emigrate to America, who truly do assimilate and who do very well for themselves here. This has been the pride of our country since its founding and obviously how we became the world’s melting pot. But we should nevertheless remain aware of those who don’t intend to assimilate and who instead divide us. Implementing a stricter vetting process for those entering our country is not to be done out of spite, but out of concern for our safety. Western society cannot tolerate such small-minded people trying to rob us of our greatness, but more importantly we cannot allow ourselves to surrender to their hate by crumbling from within.

Interested in more national news? We've got you covered! See More National News
Previous Article A Quote To Remember In The Wake Of The Reality Winner Fiasco
Next Article Introducing “TrumpiLeaks:” A Safe Space For Espionage