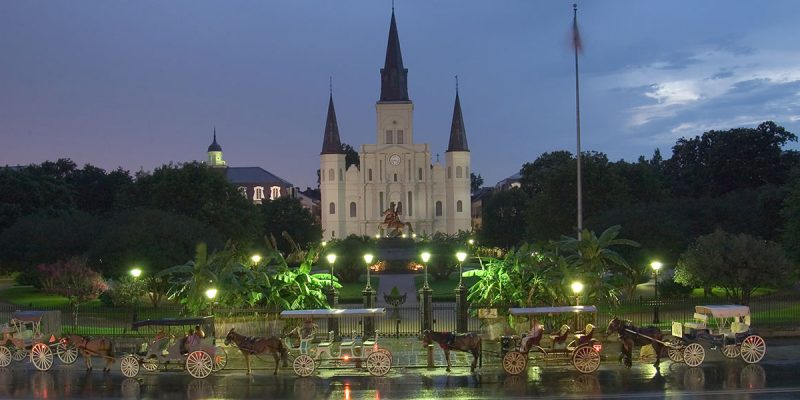 Her Honor, For Real This Time

Back in 2002, it seemed the Crescent City was poised to have its first ever female victor of a mayor’s race.

After Mayor Marc Morial’s push for a third term was rejected at the polls, then-State Senator Paulette Irons was considered the heavy favorite, emerging as a consensus candidate with crossover appeal.

But Irons’s story about how brother died came under closer scrutiny at an inconvenient time.  In an attempt to show how the city’s violent crime problem touched her family and thus would give her unique perspective as mayor, Irons portrayed her brother as a murder victim. It later came out that her brother was gunned down in a shootout with police after he had robbed a grocery.

The narrative began to unravel as did her candidacy and she finished in third place.

This time will be very different as New Orleans will assuredly elect its first female mayor to take office in 2018.

Two candidates who had run second in previous bids for mayor also filed (business consultant Troy Henry and former judge Michael Bagneris) yet both finished far behind Mitch Landrieu in their respective races.  Henry was the lone high profile black candidate opposing Landrieu in 2010, receiving just under 14% while Bagneris, whose part of a prominent African-American political family, took in 33%.  Landrieu broke 60% in both contests.

It’s highly unlikely either Henry or Bagneris have constituencies that will carry forward into the 2017 race, as the lion’s share of political support will flow towards either Charbonnet or Cantrell.

Eccentric businessman Frank Scurlock has pledged a half million dollars into the mayor’s race, though dumping a load of cash in an election does not guarantee a candidate results beyond well-fed canvassers and very happy media buyers and campaign consultants.

If blowing through campaign cash guaranteed victory, it would be John Georges, not Mitch Landrieu, leaving City Hall next May.

There’s a point of diminishing returns in campaign money, even more so when many black voters would like to see a black mayor once again governing a black majority city.

Scurlock has the potential to be a spoiler in the primary, diverting white voters who are angry over the monuments removal away from Charbonnet and Cantrell in the first round.  Scurlock vocally opposed taking down the historic Civil War era memorials and ran into a spate of legal troubles over a visit he made to “chain link Mad Max fort” the NOPD set up around the Jefferson Davis statue.

Whether those voters bother to show up in the runoff in the event that the city council races in Districts A, B, and C are resolved in the primary is another question.

Torres Is Out and Out

Celebrity businessman and civic activist Sidney Torres IV very publicly anguished over the decision to enter the mayor’s race.  First achieving prominence in the city for providing “Disney quality” cleaning of the French Quarter during his initial foray into the waste disposal business and then  launching an innovative crime app after his place in the city was robbed.

To underscore the city’s crime problem, Torres even released to the public video footage showing burglars robbing his home.

Taking a page out of the last episode of Seinfeld where different series finales were made before the actual ending was decided, Torres went so far as to produce two television commercials about his potential candidacy for mayor, one formally announcing his bid and one declining a run.

The media took the bait and played along, with WWL 870 AM sending out emails speculating about his candidacy during qualifying week.

And then the local media decided to play back.

On the final morning to sign up, New Orleans Fox affiliate WVUE ran the spot Torres made saying he wasn’t going to make the race.  Torres had not officially reached a decision and the advertisement had run inadvertently twice that morning.

The commercial set off a media stampede of stories declaring Torres out, which the CNBC business reality show star said was not necessarily the case and he furiously attempted to beat back the story, leading to awkward media retractions though the horse had already left the barn bringing the Torres political cliffhanger to a premature and anticlimactic end.

How Torres’s campaign team did not anticipate his commercials being leaked by the media is truly amazing, particularly as journalism is an industry built on leaks.

Furthermore there was also a risk of his commercials getting out early, since a number of consultants who represent competing interests have professional relationships with all of the area television stations.

Jefferson Parish President Mike Yenni tried to address the sex scandal that led to a recall effort via a television commercial that was supposed to air during an evening news broadcast, but advance copies of the video made their way around to various media outlets hours before it was supposed to run.

Whether Torres one day stands for public office is uncertain, though he definitely received a baptism in the rough and tumble world of Louisiana politics without having been an official candidate.

The Chalmatian Who Made the Ballot for Mayor (Thus Far)

Until they both decided to not run, two candidates with roots in St. Bernard Parish contemplated campaigns for mayor, Torres (whose great grandfather, grandfather, and grandmother had held public office in the parish) and State Representative Walt Leger, who grew up in Arabi.

The satirical carnival parade Krewe d’Etat poked some fun at a Torres candidacy through their 101 Chalmatians float.  I suppose the idea of City Hall being run by someone from “da parish” was too great of an indignity to those well-heeled gentlemen who “live to ride, and ride to live”.

However someone with a St. Bernard connection filed paperwork to run for mayor of New Orleans: Edward Collins, Sr, who listed a mailing address at a house in Chalmette, specifically 3819 Shangri-La Drive, a neighborhood with a high concentration of rentals and doubles.

As Mr. Collins is not considered a major contender in the mayor’s race, I doubt anyone will spend the money, time, and effort challenging his residency.

Though one of the riding lieutenants from d’Etat might be willing to toss out a few doubloons on the matter to ensure that New Orleans City Hall is “Chalmation-free”.