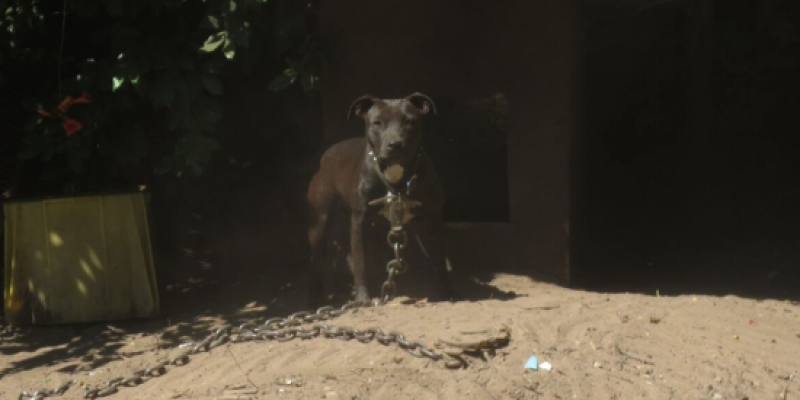 Nearly forty dogs were seized at a southeast Dallas residence this week, including 21 dogs suspected of being used for dog fighting. The Animal Cruelty Unit of the Dallas County District Attorney’s office worked alongside the Dallas Police Department,  the Society for the Prevention of Cruelty to Animals (SPCA) and Dallas Animal Services in the investigation.

Training equipment, medical supplies used to administer supplements and a dog treadmill were all discovered at the scene. Officers reportedly found the animals while on another assignment, and the Dallas Police Narcotics SWAT contacted the SPCA of Texas.

According to the SPCA , the dogs were either chained, attached to car axles, or in locked in pens around the property. Many of the dogs did not have access to clean water, and showed scarring around their body consistent with dog fighting.

The SPCA took responsibility for the dogs to provide care and treatment until a hearing is set, at which point they will argue to maintain permanent custody.

In Texas, dog fighting is a felony, punishable by up to two years in state jail and/or a maximum $10,000 fine. It is also a Class A misdemeanor to possess, manufacture or sell animal fighting paraphernalia, own or train a dog with the intent to fight it and to be a spectator at a dog fight. Such misdemeanors are punishable by up to one year in jail, a fine of up to $4,000, or both. Federal law also prohibits any interstate or foreign transport of fighting animals.

Just two weeks ago the SPCA was involved in rescuing two other dogs thought to be involved in dog fighting in Dallas.