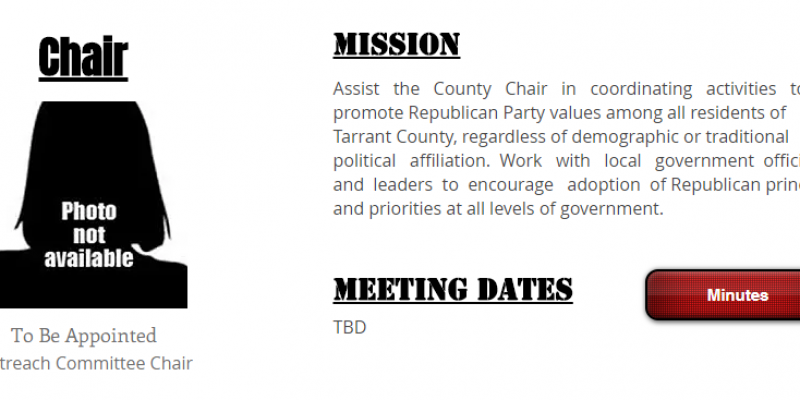 Tarrant County Republican Party Chairman Tim O’Hare is in hot water with his county Precinct Chairs and local activists after appointing the daughter of a Duck Dynasty star to head up the Party’s Outreach Committee. Trasa Robertson Cobern may have a famous family, and nothing says Party outreach to minorities and millennials like “Duck Dynasty,” but she also has a sketchy voting record as a City Councilwoman in Hurst.

While Mrs. Robertson Cobern was running for office, she communicated her thoughts on red light cameras to a local activist stating, “I believe in obeying current laws, so red light cameras are a non-event to me if they are the law.” She also related her views on spending by stating that “[I am] Opposed to proliferate spending, the city needs to tighten up. Just because you have money doesn’t mean you should wildly spend it.”

Once in office on the Hurst City Council, Mrs. Robertson Cobern conveniently forgot what she said about city spending sprees before getting elected and did in fact vote in favor of every spending measure brought before the Council. She also voted in favor of a property tax rate increase, a texting while driving ban, and a juvenile curfew that would negatively affect homeschoolers, just to name a few issues. Though, I’m sure she probably had a great explanation for her actions, such as “it was for the children” or “but who would build the roads?”

The Republican Party has this thing called a platform which goes into a lot of detail about the Party’s beliefs. Shockingly, this platform does not call for raising taxes, spending other people’s money like it’s going out of style, or keeping red light cameras for revenue generation. The platform actually calls for lower taxes, lower spending, and getting rid of those pesky, unconstitutional nuisances.

One would think the Party’s most basic positions on economics and regulation might be considered when appointing a person to lead the outreach arm of that local Party base, however, Tarrant GOP Chairman Tim O’Hare failed to mention any of Mrs. Robertson Cobern’s voting record when he asked the Precinct Chairs to approve her appointment this past Saturday.

Now that her record is coming to light, Republican Precinct Chairs and local activists are calling for another vote on her appointment to leadership. Their next meeting will be held in September, and O’Hare will either have to defend his not-so-awesome appointment or fall on his sword and admit he made a major mistake. With such a bad track record to defend, the mental gymnastics should be quite a show to watch.