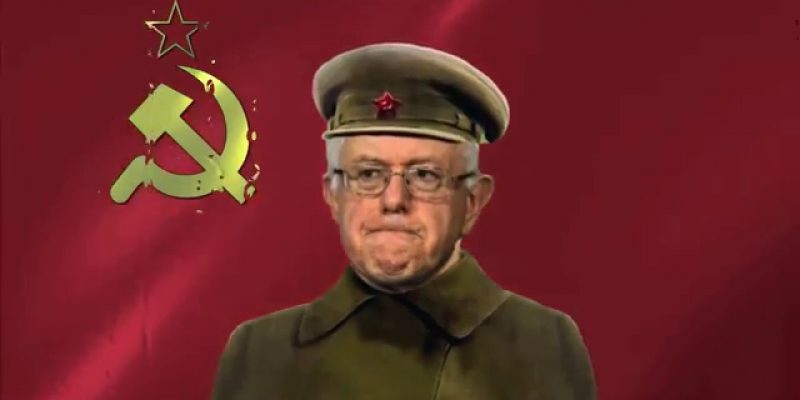 The whole idea of socialism is you take what is not yours and give it to someone else. The vast majority of Democrats are full-blown socialists but won’t admit it. Sen. Bernie Sanders not only admits he’s a socialist, but now apparently he is acting like one by taking what does not belong to him.

According to WMAL talk radio host Chris Plante Sanders has been stealing his neighbor’s Washington Post newspaper. Plante says the neighbor called the Washington Post to complain about not receiving his paper. It would show up some days and not others. Here’s a transcript, via RedState.com, of Plante telling the story…

Bernie Sanders and his wife Jane when they are in Washington DC, live in this house on Capitol Hill, ok? Part of their vast real estate empire. They’re like wannabe Trumps with their real estate holdings.

[The neighbor] said, “Oh, ok, I’ve been coming out and picking up the paper?”

“Yes, and we got a description from the delivery person. You are an older man with gray hair, balding, and little round glasses…”

And the guy said, “I’m like, you know, in my 50s and I’ve got a full head of dark hair. But, my neighbor is Bernie Sanders.”

And Bernie Sanders has been coming out every Sunday morning and stealing his next door neighbor’s Washington Post.

Here’s a podcast of Plante’s show. He tells the Bernie Sanders/WaPo Thief story about 1:10:00 in.

Is Bernie Sanders living out his socialist dream by redistributing his neighbor’s newspaper? Maybe Sanders believes his neighbor makes too much and is too rich and social justice demands he take his paper. This could be Mr. Sanders’ way of bringing about equality to his neighborhood.

If all of this is true Bernie Sanders’ neighbor is learning first hand how socialism can be a bitch. And but for the Post catching Sanders stealing that paper we almost saw a perfect example of the famous Margaret Thatcher quote coming true – “The problem with socialism is eventually you run out of other people’s money.” When Bernie Sanders’ neighbors cancel their Washington Post subscription after not receiving the Sunday paper one time too many, then he’s stuck having to buy it himself.

In this case, capitalist law and order won the day first – if the story is true, that is.

Interested in more national news? We've got you covered! See More National News
Previous Article Why 2018 Won’t Be The Tidal Wave Democrats Are Hoping For
Next Article Hey, Don’t Forget To Pick Up Your Ticket To The Hayride’s Summer Dinner!