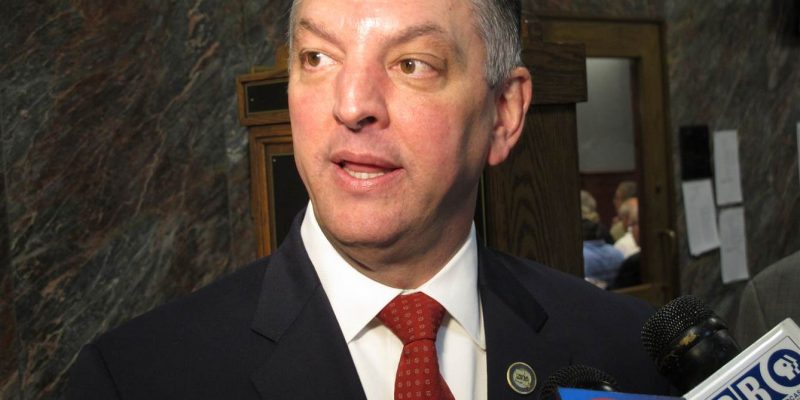 I can’t think of a more logical explanation than blackmail as to why Gov. Edwards refuses to remove from office a commissioner that was caught red-handed illegally abusing his power.

The commission Braxton sits on wields tremendous power over state troopers. It has a $500,000 yearly budget and is tasked with hearing trooper complaints and evaluating alleged trooper misconduct. Mr. Braxton clearly leveraged that power for personal gain by trying to help out his drunk driving daughter. And he isn’t denying it. If what he did isn’t a crime it sure should be.

Braxton, a car dealership owner from Natchitoches, was only on the State Police Commission for six months when his daughter was arrested by Trooper Linebaugh for driving drunk. Unless Gov. Edwards acts, Braxton will remain on the commission until 2021.

Fox 8 News also reported this week that Braxton has been involved in fixing tickets for himself and friends. The governor’s office did issue a statement saying it would look into Braxton’s ticket-fixing but there was no explanation as to why Gov. Edwards allowed Braxton to remain as commissioner a full year after he was caught red-handed improperly threatening a state trooper.

The bigger question might be why hasn’t the media pressured the governor for an answer? If Mr. Edwards were not a liberal Democrat, you know they would be all over this story and demand answers. State newspapers would have wall-to-wall coverage of this scandal with too many editorials to count condemning Edwards for tolerating Braxton’s behavior.

Think about all of this from the prospective of Trooper Linebaugh who arrested Braxton’s daughter  for DWI. He was just doing his job protecting the public. And for that public service, Trooper Linebaugh’s been put on notice that if he ends up in front of Braxton’s commission he will not get a fair shake. Think about how frustrating it is for him and his fellow troopers going to work everyday knowing someone like Braxton yields so much power over them. A man willing to leverage and abuse that power for personal gain.

Does Commissioner Braxton have some dirt on Gov. Edwards and that’s why he seems untouchable? Hard to know. The governor could clear all of this up by explaining to the public why he looked the other way while a corrupt state official remained in power for a full year after being caught. And the governor can explain why he continues to allow Braxton to sit on the commission that has so much power over state troopers.