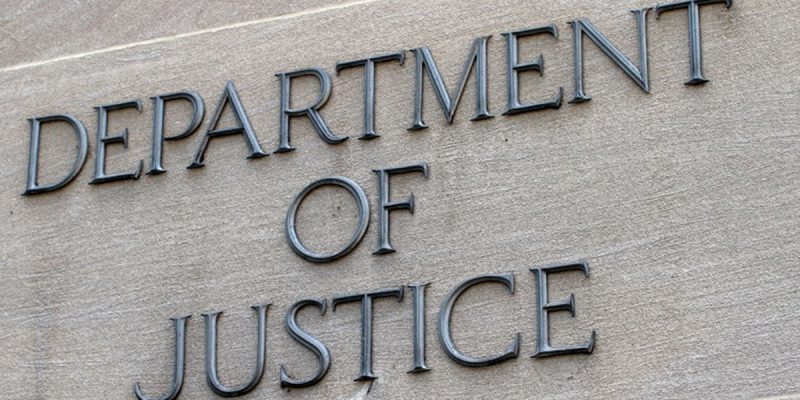 When President Trump was elected, most of us at the Hayride took the position that it was a good thing, because the prospect of a President Hillary Clinton was simply too unpalatable to imagine enduring. Our confidence level in the real estate magnate and reality-TV alpha wasn’t the highest it could be, but we did find some solace in the concept that someone not of the Washington swamp but instead of the real economy and culture in this country would shake things up in a town badly needing it. And we certainly enjoyed the prospect that Trump might make major changes at the Justice Department, including sweeping out the Marxist apparatchiks at Main Justice and appointing some old-fashioned no-nonsense U.S. Attorneys across the country to clean up what have become toxic local governments.

And yet we have now entered the second half of July in Trump’s first year, and there are no U.S. Attorneys appointed by this president. There are a bunch of interim people playing out the string.

We’ve taken the position that we will praise Trump when he deserves praise and we will defend him when he’s unfairly attacked but if it stinks we’ll pass out clothespins. And this stinks. It’s unforgivable.

We could go around the country and point out abuses of the big-city political machines, most of them run by Democrats, which would be actionable by ambitious and capable U.S. Attorneys – to the benefit of everyone. The failed prosecution of Dallas City Commissioner John Wiley Price for corruption, for example, shouldn’t have happened; everyone you talk to in Dallas knows Price is as corrupt as they come, and yet the prosecution dropped the ball in that case. Perhaps on purpose? Who knows.

Here in Louisiana, two examples of how badly U.S. Attorneys willing to take on hard fights in order to clean up the mess are quite apparent.

The litany of reasons why the Eastern District of Louisiana needs the Mother Of All U.S. Attorneys is probably best suited for a book rather than a blog post. With the runaway problem of gangs and violent crime in that city, the place might need more Wyatt Earp than Elliott Ness, but the fact is it needs both. And the examples of clear public corruption not just in Orleans Parish but the adjoining parishes as well, are everywhere. The previous U.S. Attorney there, Kenneth Polite, was more interested in blue-collar crime than white-collar crime and did nothing on public corruption, which is now at ridiculous levels. That’s not my characterization; it’s what the FBI agent in charge in New Orleans said a year ago. The Eastern District of Louisiana desperately, desperately needs another Jim Letten to come in and continue the unfinished job of cleaning things up.

But the problem might actually be even worse in Baton Rouge. Walt Green left office as the U.S. Attorney for the Middle District of Louisiana as a reasonably well-liked public official, but on Green’s watch the corruption in East Baton Rouge Parish and some of the suburbs became almost completely out of control.

Take what’s going on at Southern University, for example.

First of all, we’ve got a sex tape scandal going on there, in which a high-ranking university official had apparently filmed himself fornicating with a former Miss Southern in an extra-marital tryst and uploaded the footage to a pornographic website. The rumor mill pegged that university official as Brandon Dumas, vice chancellor for student affairs and enrollment management, as the protagonist in this story, and Dumas was in fact suspended by Southern.

So far as we know it’s not a federal crime to distribute a sex tape without your partner’s consent, but it does violate RS 14:283 of the Louisiana Criminal Code…

A.  Video voyeurism is:

(1)  The use of any camera, videotape, photo-optical, photo-electric, or any other image recording device for the purpose of observing, viewing, photographing, filming, or videotaping a person where that person has not consented to the observing, viewing, photographing, filming, or videotaping and it is for a lewd or lascivious purpose; or

(2)  The transfer of an image obtained by activity described in Paragraph (1) of  this Subsection by live or recorded telephone message, electronic mail, the Internet, or a commercial online service.

B.(1)  Except as provided in Paragraphs (3) and (4) of this Subsection, whoever commits the crime of video voyeurism shall, upon a first conviction thereof, be fined not more than two thousand dollars or imprisoned, with or without hard labor, for not more than two years, or both.

Last month when all this came out, Southern’s public-relations department said it’s possible a cybercrime had been committed but wouldn’t say whether any “external” investigations were being had. Meanwhile, the school fired its registrar, Caronda Bean, in what looks an awful lot like an attempt to initiate a comeback of Southern’s old grade-fixing scandal. And if there’s a new grade-fixing scandal at Southern, given all the federal dollars flowing through that university it could very well amount to a federal fraud case.

And if Dumas’ name sounds familiar, it might be as a result of his having been chairman of the board of the Baton Rouge Council On Aging until he was forced to resign when it was learned he doesn’t actually live in East Baton Rouge Parish as required by the organization’s bylaws and state law. That brings us to another EBRCOA board member, Dorothy Jackson – who runs the Elderly Law Clinic at Southern Law School, or did until she was suspended in the wake of the scandal involving EBRCOA chief Tasha Clark Amar writing herself into Helen Plummer’s will. Jackson notarized the will, which was prepared at her law clinic, in a brazen violation of legal ethics, and when the fit hit the shan she was put on suspension.

But Southern won’t release Jackson’s performance review despite public records requests being sent in by the Advocate for them, and the university is taking the absurd position that it’s the Fourth Amendment which is the reason why. The Fourth Amendment is a constitutional prohibition on unreasonable searches and seizures by the government, which has nothing whatsoever to do with a public document – an employee performance review from a taxpayer-funded public university – being procured by a media organization. If that’s not a telltale sign of a cover-up, nothing is.

All of this looks a lot like wholesale fraud and corruption being committed with public funds at Southern, and a large portion of those public funds are federal funds given the number of students using Pell Grants and other such vehicles. This fact pattern screams for a soup-to-nuts law enforcement investigation, but the local district attorney Hillar Moore won’t touch it just like he won’t touch the obvious corruption at EBRCOA – Moore knows that as a white Democrat in East Baton Rouge Parish he can’t afford to get sideways with the black community in town – or more specifically he can’t get sideways with Amar’s mother Judge Janice Clark – or else he’ll find himself politically dead, and it’s pretty clear that the DA in Baton Rouge after Moore is going to be somebody who’ll be even more friendly with Judge Clark.

Louisiana Attorney General Jeff Landry would be an obvious choice to step in, but there are procedural and legal problems with the Attorney General’s office investigating and prosecuting public corruption as a primary actor – the AG’s office generally has to wait on a recusal from the local DA before getting involved in a case. If there’s no investigation, there’s no recusal.

So what you need in cases like these are U.S. Attorneys willing to take down the crooks, because a U.S. Attorney doesn’t have to play second fiddle to anybody, and with federal racketeering laws a U.S. Attorney has very broad power to haul defendants into court where corruption is at play.

What we see in New Orleans and Baton Rouge is only a small portion of the kind of rot infecting medium and large cities across the country. Trump can’t fix the problem of draining the swamp without draining it everywhere. And with respect to the U.S. Attorneys there has been pathetic progress and actual suffering as a result.

Interested in more news from Louisiana? We've got you covered! See More Louisiana News
Previous Article FAGAN: (Video) A New Kind Of Crazy Comes To New Orleans
Next Article BATISTE: Put Mitch Landrieu On The Spot As He Hides From Taxpayers