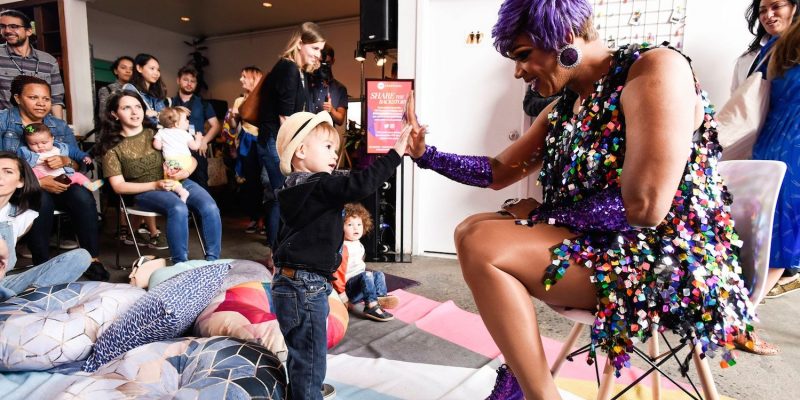 Did you ever think you would live to see the crazy day when a major political party would have as one of its core tenants the idea that men be allowed to relieve themselves in women’s bathrooms?

The push for men to do their business in front of women in public restrooms is old news. The newest crazy from Democrats has finally hit New Orleans with last weeks’ first of what will be many “Drag Queen Story Hours” at a taxpayer funded public library in Algiers. Toddlers, some as young as two, are learning they can be anything they want to be, even if it means dressing fabulously as a woman whether they are one or not.

I guess at this point nothing should shock or surprise us with this far-left Democrat Party. These guys are certifiably whacked. Letting drag queens teach toddlers that their sex is irrelevant. Yeah, that seems about right.

This is a party that is in the process of trying to convince the least racist nation in the history of mankind that it is filled with nothing but racists. What a bill of goods.

They also want us to believe the reason our inner cities, which they run almost exclusively, are dangerous is not because of gang-bangers, but racist police. Crazy, crazy, crazy.

Or how about Democrat New Orleans Mayor Mitch Landrieu? His city is saturated with violence and his focus is preventing the world’s climate from changing. If New Orleans went 100 percent Amish and shut all fossil fuel energy down and we started using horse and buggy and hand-held fans it wouldn’t make a bit of difference when it comes to stopping the climate from changing. And by the way, Mitch knows it. He’s crazy, but not that crazy.

What’s concerning to me is it’s not just Democrats who’ve lost their minds. Have you noticed how many Republicans are abandoning the free market and embracing big government? The fact that Obamacare is still on the books is evidence of that. And look at the Republican-controlled Louisiana Senate. If it were not for the House we would have seen a whole slew of new taxes this year.

As Bob Dylan once said, “People are crazy and times are strange, I’m locked in tight and out of range, I used to care but things are changing.”

Check out the video below to see just how crazy things have gotten.