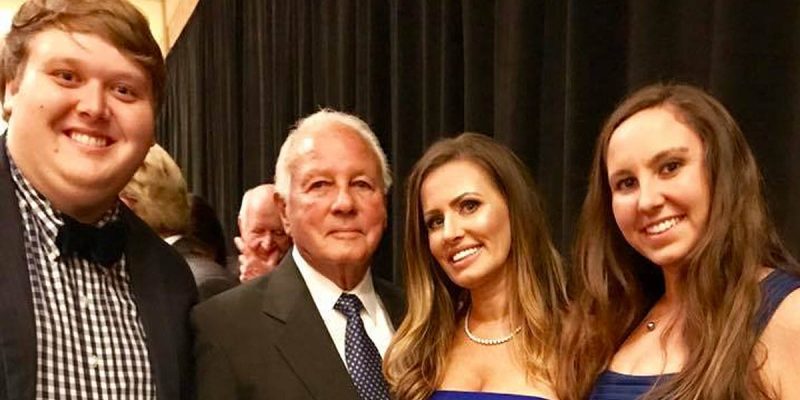 Was Edwin Edwards’ 90th birthday soiree on Saturday a party for the British Royal family? It must have been, since the media is positively drooling over the party and its attendees, among whom was our current governor who offered his approval at the podium.

Well, let me burst their bubble. This party wasn’t for royalty; it was a birthday bash to honor a convicted felon.

Worse than that, the crimes Edwin Edwards committed were against the people of Louisiana, the very people that he swore to serve and protect. In order to satisfy his own greed he willfully violated that solemn oath to place the people above all else. He literally took the trust of the people and sold it for his own benefit and that of his friends.

Why doesn’t the media interview some attendees and ask them how many businessmen made millions simply by losing on purpose to feed Edwin Edwards’ ego at his infamous poker games in the basement of the governor’s mansion in return for government contracts or crooked policy decisions? Why don’t they ask how many of his party-going allies gained power and money by helping him do his dirty work?

The results of this miscreant’s criminal activity have held our state and its people back for decades. We are last in every measure of socioeconomic metrics and policy outcomes but the party room is full of worshipers at the altar of his corruption.

Wake up, Louisiana. This guy is not our friend. He literally stole the future from millions of our children when he lined his pockets with that greed fulfilling money. It is wrong and misguided to honor him because he did not honor our people. Behind his cute Cajun ways lie a heart that is evil. Sure, by his eight years in prison he technically paid his debt to society. That doesn’t alter the great damage that he did to us after we gave him our ultimate trust.

Until we bury the “Louisiana Way” plague that this guy and his allies brought to us we will not take our rightful place as a prosperous and successful state. Until we recognize that there are many today, some at the highest levels of government, who think that the Edwin Edwards corrupt “Louisiana Way” was so amusing to the masses that they would overlook his crimes, and make that amusement a source of shame, we will not move ahead.

Let me make this clear. It is not OK to continue down that road. We are a rich state filled with poor people to a great extent because of the Edwin Edwards philosophy and the people who honored him Saturday night.

Hey Louisiana media and politicians, could you please quit honoring corruption? Be honest and report what it has cost us and our children!

Interested in more news from Louisiana? We've got you covered! See More Louisiana News
Previous Article BATISTE: Is The New Orleans Inspector General Job Now Up For Grabs?
Next Article Chris Tyson, Who Lives In Santa Maria, Says You’re A Racist If You Criticize The BRAVE Contracts