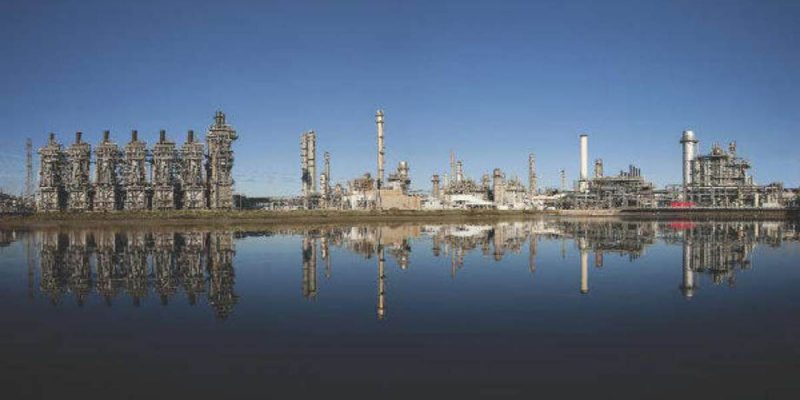 On August 26th, Hurricane Harvey made its way as a Category 4 onto the shores of Southeast Texas, destroying communities and dropping 33 trillion gallons of water. The University of Wisconsin’s Space Science and Engineering Center compared the vast amount of water dropped by Harvey to a 1 in a 1,000-year flood. The flood waters displaced over a million people from their homes and tragically claimed the lives of over 60 individuals.

Just days after Harvey hit Texas, the United States’ refining capacity was only operating at 30%, and 379,000 bpd crude remained offline in the Gulf, equivalent to 22% of total production. The heavy and consistent rainfall caused many channels to fill with silt, thus closing them off from typical use. The Houston shipping channel was shut down, and both the Corpus Christi and Galveston ports were closed due to the hurricane.

The effects of this storm were not just felt in Texas or the United States; Hurricane Harvey was felt worldwide in the global oil and gas market.  This is an interesting time, where we have a significant amount of crude oil but a limited supply of refined products like gasoline and diesel. As a result, you and I will experience higher prices at the pumps for some time to come.

It is during times like these when the wind has been let out of the sails, and the road to recovery seems to nearly impossible, that the oil and gas industry shows what they are all about. The oil and gas industry, especially in Louisiana, has a history of offering support when others are in need.

During the recovery of Katrina, oil and gas companies united their time and resources to aid in the recovery. The industry raised over $1 million, supplying generators and clothing in Bogalusa, housing for victims, providing fuel to the Bogalusa Medical Center, and schooling money for displaced children from New Orleans. Just over a year ago, 21 parishes were affected by a 500-year flood. The industry dispensed nearly $40,000 to families and individuals who were affected by last summer’s flooding.

The relief effort by the oil and gas sector for Harvey has been nothing short of astonishing. Some companies like Chesapeake Energy are holding company wide donation drives to assist with the Harvey recovery efforts. The following companies have donated to the relief efforts of Hurricane Harvey:

Time and time again, the industry steps forward to meet the needs of those in tough situations that are no fault of their own. I believe that we were put on this earth for two reasons: to love one another and to help those who are in need. This is who Jesus calls us to be in our personal and professional lives. The oil and gas industry will continue to play a vital role in the recovery efforts. It’s who we are, and it’s what we do.