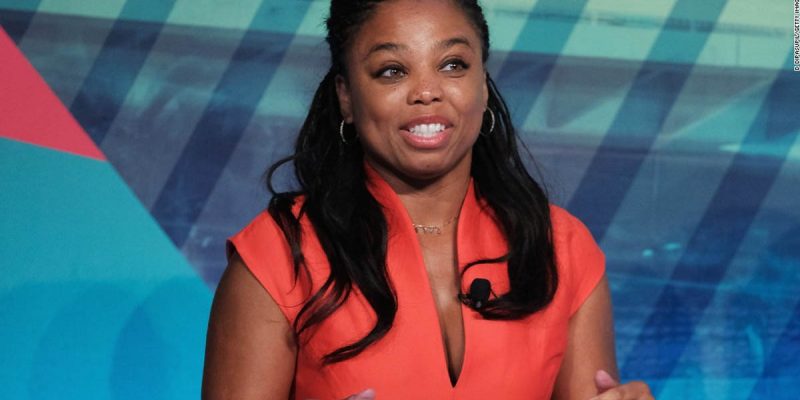 In a hectic world, millions of Americans enjoy the pastime of watching football on the weekends. It is a nice distraction from the pressures of everyday life, and sports has become a big enough business that CBS, NBC and Fox all have their own dedicate sports channels – and ABC’s parent company has a whole network of channels under the ESPN umbrella. Unfortunately, it is becoming more difficult to just enjoy a game any longer as, sadly, politics has entered the world of sports in a big way. This season, NFL players are continuing to protest police brutality and racial discrimination by sitting, kneeling or giving a “black power” salute during the National Anthem. This has infuriated patriotic Americans who view these protests as disrespectful toward their country. It is no doubt a contributing factor toward the declining ratings of the NFL this season.

As NFL ratings have deteriorated, one television network that is particularly suffering is ESPN. In the heyday of cable television, ESPN was considered one of the star networks. It featured great sports programming, compelling hosts and powerful interviews with athletes.

Unfortunately, in recent years, the network has turned away from strictly sports programming and transformed into a bastion of political correctness. Several weeks ago, the network made the asinine decision to remove Robert Lee, an Asian, from his position as broadcaster of a University of Virginia football game. The geniuses at the network believed that the broadcaster would be ridiculed for sharing the same name as, Heaven forbid, Confederate general Robert E. Lee. Instead, it was ESPN that was universally mocked for believing such a ridiculous move “felt right.”

Last week a new controversy has engulfed the troubled network. One of their daily show hosts, Jemele Hill, launched a nasty Twitter tirade against President Trump labeling him a “white supremacist,” an “idiot,” and a “moron.” For good measure, she also claimed that those surrounding the President, presumably including African American HUD Secretary Dr. Ben Carson, were also white supremacists.

After an outcry, the network met with Hill and released a weak statement calling her comments “inappropriate.” She was not suspended, fired or even censured. In fact, Hill did not even apologize for her outrageous and inaccurate comments. In a statement Hill only expressed “regret” that her comments “painted ESPN in an unfair light.”

On Wednesday, White House Press Secretary Sarah Huckabee Sanders stated that Hill’s remarks were a “fireable” offense.  On Friday, in response to additional questions on the topic, Huckabee Sanders noted that ESPN is very inconsistent in how it treats their personalities who make political statements. In 2016, former Boston Red Sox pitcher Curt Schilling was fired by ESPN for an online post protesting laws allowing transgender individuals the right to use the bathrooms of their choice.

Thus, at ESPN, a conservative sports commentator was fired for expressing his political views on social media, whereas a liberal host was allowed to viciously insult the President and his advisers and retain her high paying position. This type of bias is certainly understood by ESPN viewers and is surely one reason why millions of Americans are “cutting the cord.”

In a Fox News interview, Schilling labeled Hill a “racist” and said that ESPN and its parent company, Disney, support “liberal racism.” Clearly Schilling is right and the President agrees as well. On Friday morning, he tweeted that ESPN was “paying a really big price” for their liberal political views. He also noted that customers were “dumping” ESPN in massive numbers and demanded that the network “apologize” for the “untruth” of calling him a white supremacist.

This criticism fell on deaf ears at ESPN, which did nothing. Hill continues to host her show and the network’s liberal bias will not be changing anytime soon. As a result, it is time for more Americans to boycott the network. If people want political commentary, there are much better networks to watch than ESPN. While those looking for strictly sports programming will have to switch channels as well.

The ESPN of today is a poor imitation of the network that was a cable television trailblazer. Sadly, it turned to liberal advocacy and decided to insult viewers of different political viewpoints.

Ideally, ESPN should offer viewers an escape from ongoing political debates. The network should be solely focused on sports coverage. Until ESPN returns to its core mission, the reason for its existence in the first place, viewers should stay away.