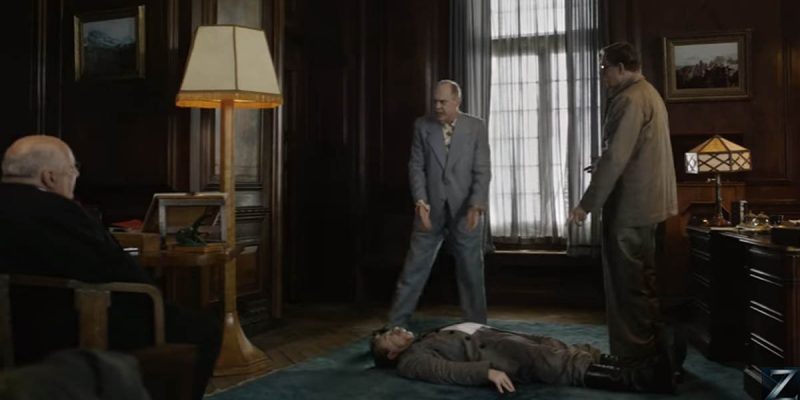 Somebody actually made a movie about the death, and its aftermath, of the tyrannical Soviet dictator Josef Stalin – and filled the cast with some terrific actors, among them Jason Isaacs, Rupert Friend, Jeffrey Tambor and Steve Buscemi. Here’s the trailer…

If you read the comments under the YouTube video of the trailer, you would know why this movie is a must-see. There are communists who are offended by the negative portrayals of the Soviet Union SCREAMING about this movie.

Yes, they’re offended by satire of the Soviet Union, the second most ridiculous regime in the history of mankind (Mao’s China being the most ridiculous).

There isn’t enough satire of the truly ridiculous in this world. There isn’t enough satire, period, but what there is tends to be fun made of things within an exceptionally tight window of mainstream life. Particularly within a political context. You can’t make fun of the corruption and stupidity of the Third World, for example, because almost all of the people in the Third World are black, brown or yellow and to make fun of them means you’re a racist. A year or so ago there was a really good action thriller starring Owen Wilson called No Escape, which was about an American engineer and his family who have just arrived in some unnamed Southeast Asian country which is suddenly caught up in a communist revolution and have to fight their way out – and that movie was panned as racist because of all the slanty-eyed bad guys in it.

The panners of No Escape were largely the same people assailing Dunkirk for the dearth of women or black people in a movie about the British evacuation of Dunkirk in World War II.

Idiocy reigns. The politically correct cultural Marxists who screech about anything pro-Western in movies or TV are really the ones who need to be satirized.