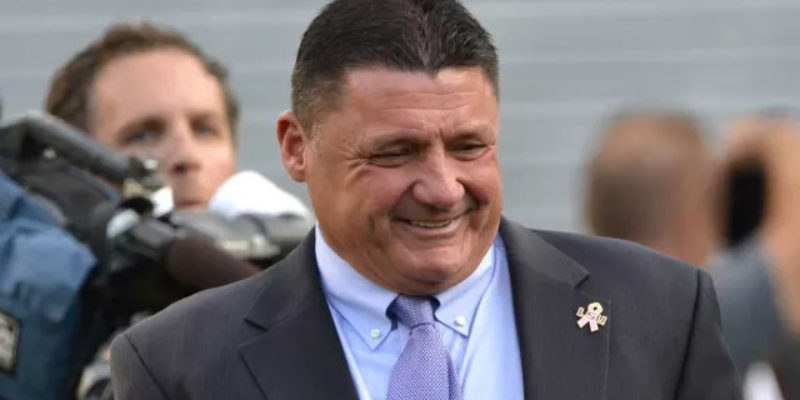 This was bound to happen when LSU’s football fortunes started to turn south, wasn’t it? I mean, they were makin’ fun of Ed Orgeron’s coonass accent on ESPN even when he was beatin’ the stew out of the Mormons, before errybody got wind of the fact his team sucks. But now?

As in, Mike The Tiger’s Crying.

And seein’ as though LSU does pretty much everythin’ better than Ole Miss does it when we really put out minds to it, ours is better. They might think they did it first, but then they think that about tamales, too, and they were wrong about that.

Yeah, seriously – up in the Mississippi Delta they think they invented tamales during the Great Depression or somethin’, and every time they tell people who ain’t from there that, the rest of us are all like, “Dude, that’s Mexkin food.” What’s funny about it is they were makin’ tamales in Zwolle, Louisiana in 1721 because the Spanish had a fort there and they were some tamale-eatin’ sos-an’-sos, and that just migrated around North Louisiana into the Delta a couple hundred years later.

Besides, we did the rest of the SEC a favor and took this guy on. That means we’re owed an enormous amount of deference while we wallow in our extreme suffering until somebody can fork over enough jack to buy this coonass out an’ make him the richest cat in South Lafourche Parish this side of Gary Chouest.

Interested in more news from Louisiana? We've got you covered! See More Louisiana News
Previous Article Las Vegas Wasn’t The Only Scene Of Unspeakable Tragedy Last Night, So Was Lafayette
Next Article Denise Marcelle And The Gang Are Going After Blaine Salamoni As Best They Can…