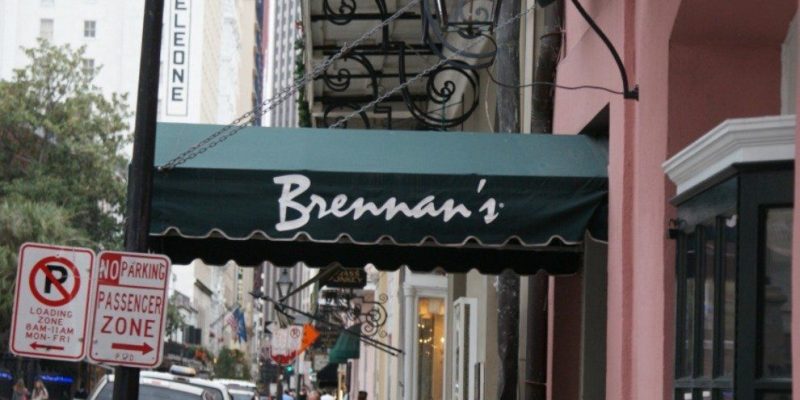 A review of a 2017 government land acquisition in New Orleans raises concerns over the use of public funds.  The governing board of the Ernest N. Morial Convention Center made a lucrative real estate deal paying multiple millions to a contingent of well-known restauranteurs.  The property acquisition paid the chef-entrepreneurs double what they paid for a property. The deal was made between two boards, one private and one public, that are a tangled web of conflicted interests.

On February 6, 2017, the Ernest N. Morial New Orleans Exhibition Hall Authority announced that it purchased 725 Howard Avenue for $12 million.  (Although the Assessor lists the address as 723.) The 2017 sale was the third time the property exchanged hands since 2014.  The Louisiana Artists Guild sold the property, located just off Lee Circle on the corner of Howard and Carondelet, in April 2014 to the New Orleans Culinary and Hospitality Institute, or NOCHI, for $6.2 million.

NOCHI is a conglomeration of restaurant interests including John Besh, Dickie Brennan, Ti Martin, Edgar Chase III, among others that are related to the Brennan family.  From the NOCHI website:

“Founded in July 2013, NOCHI is a non-profit organization whose mission is to advance the development and practice of the culinary arts, and to support the growth of the hospitality and tourism industry in the New Orleans region through world-class training and education and the incubation of research and development that will further develop both the culinary arts and the hospitality and tourism industry at large.”

Instead of carrying through on their own, NOCHI worked out a deal with the Morial Exhibition Hall Authority, the managing body of New Orleans’ Convention Center.  The Authority, after paying double NOCHI’s price less than three years later, also signed a CEA with NOCHI so the restaurant interests could use the building, in the same, original manner, for 40 years.  So now a private nonprofit has significant government support with self-serving interests.

A portion of the $12m purchase price was said to be set aside for leasehold improvements and the CEA also called for NOCHI to provide for the full construction and ongoing maintenance of the facility.

Adding to the complexity of this investment of taxpayer money, the Morial Exhibition Hall Authority Board is interwoven with the NOCHI board in business partnerships, professional interests, and one common board member.

The Morial Exhibition Hall Authority has board members who quite logically work in the hospitality industry.  Board members are appointed by the Mayor of New Orleans and the Governor of Louisiana.  Among the Morial Exhibition Hall board members include some questionable overlap in Steven Pettus and Michael O. Smith of the Hyatt Regency.  Pettus, Co-Owner and Managing Partner of Dickie Brennan & Co., has an obvious conflict. As a Morial Exhibition Hall Authority board member, he approved the purchase of a property owned by his business partner. (Pettus is also the President of the City Park Improvement Association, the group that knowingly allowed Mitch Landrieu to steal the Park’s 102 year old P.G.T. Beauregard statue.) Michael O. Smith creates an equally unfitting conflict as he is on both the NOCHI board, listed as Director, and he is a commissioner on the Morial Exhibition Hall.  Mitch Landrieu’s Deputy Mayor Ryan Berni also serves on the Authority board as does newly elected District B Council Member Jay Banks.

Melvin Rodrigue, President of the Morial Exhibition Hall Authority and President of Galatoire’s Restaurant, said in October 2016 the building at 725 Howard Ave. was appraised at $13 million.  Rodrigue also said the acquisition was being pushed by Governor John Bel Edwards.  Rodrigue said, “This was the major passion of the governor.”  The Galatoire’s President referred to the project as a “workforce development component” that will help bolster the workforce of the city’s world-renowned restaurants.

For the high profile chef-entrepreneurs connected to NOCHI, 725 Howard Ave proved to be a golden real estate deal. Less than three years after buying the building with the intent of operating an industry training center, the group doubled its money, selling the building to a government agency and then landing a long-term lease to boot.

The governing authority that runs the Convention Center essentially became the investor to keep a few big time New Orleans restauranteurs’ pet project alive while financially rewarding them for coming up with the idea.  Public funds now subsidize a culinary and hospitality organization that will directly benefit the NOCHI board and almost everyone on the Morial Exhibition Hall board.  This use of public funds was executed by appointees of Mitch Landrieu and John Bel Edwards.